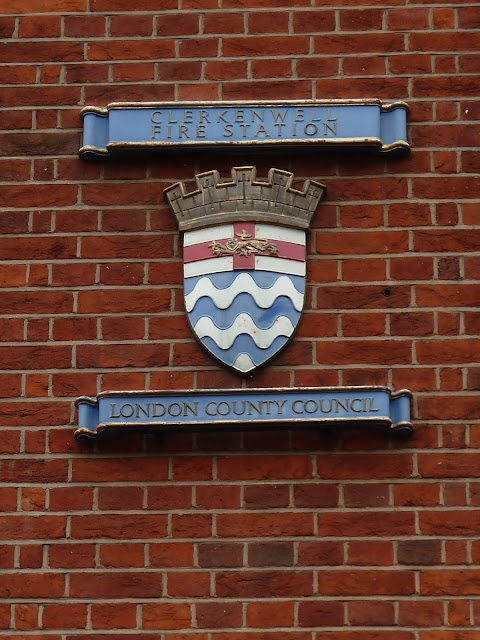 Recently, I popped into the wonderful Clerkenwell Tales, an independent bookshop on Exmouth Market, to buy a couple of birthday presents. Whilst in there, I noticed they had a petition on the counter to stop the closure of Clerkenwell Fire Station. I was shocked - I hadn't known it was under threat! - and didn't hesitate to sign. 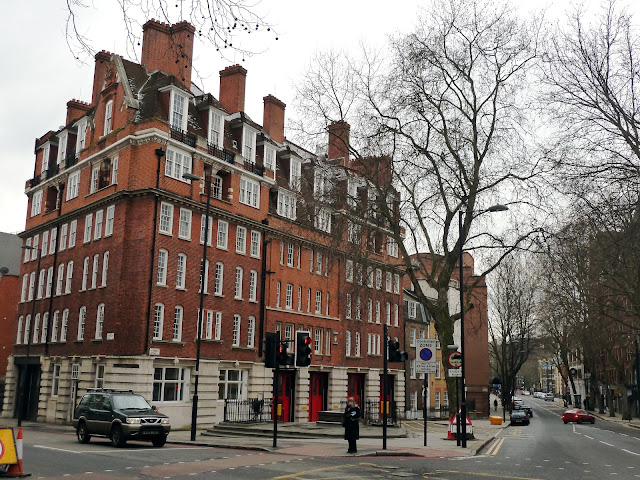 I have rather an attachment to Clerkenwell Fire Station, located on the corner of Rosebery Avenue and Farringdon Road. I always feel pleased when I happen to see the firemen doing drills on the tower behind the station (it was because of seeing them engaged in such activity that I realised what the towers were for...) or when I see them heading out or coming back in their fire engine, having been out on a mission and hopefully having saved the day. There's such appeal to me in a building which has such a distinct and important function, still operating in the same capacity for which it was designed a century ago.


To think that it might be closed down is an awful prospect. Naturally, not just for the building but for the public good! It's not because the fire station is redundant or in excess of need, but rather due to a plan to cut the London Fire Brigade's funding by £45 million. To deal with this blow, it is proposed to close down 12 fire stations, including dear Clerkenwell... If I may, I'll tell you a little bit about this special building. 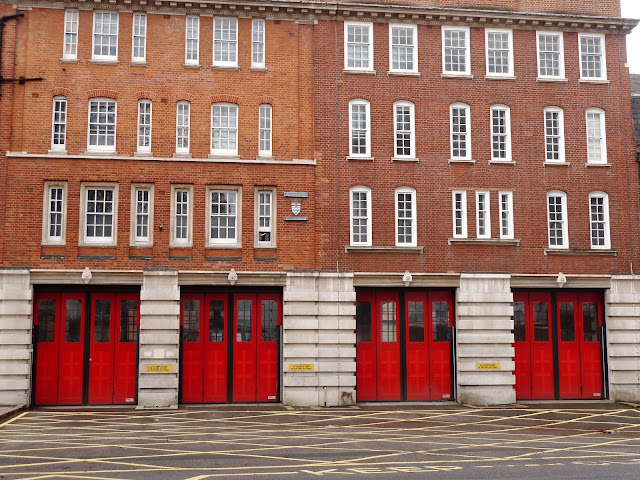 The current fire station was not the first erected on this site. Its predecessor was built in 1871-73, facing onto Farringdon Road. By 1890, this had became the superintendent's station for the central district which, according to the Survey of London, made it one of the most important stations operated by the London fire brigade.


However, the 1870s station didn't provide enough space for all the firemen as the complement grew and so some had to be accommodated in nearby housing. This wasn't an ideal situation so, in 1895-97, an extension was erected, facing onto Rosebery Avenue. In addition to more accommodation, this incorporated a new 'appliance room' (i.e. where the fire engines are housed). From the new appliance room, the fire engines could exit more safely onto the less busy Rosebery Avenue, rather than Farringdon Road.


However, even with the extension, it became apparent that an even larger fire station was necessary. Hence, between 1912 and 1917, in two phases, the fire station was extended again and the 1890s section rebuilt, with the old and new parts given a unified facade. The design for the 1912-17 works was by H. F. T Cooper, a young London County Council architect. The building is consistent with many early twentieth-century London fire stations in its loose Arts and Crafts style, particularly evident in the impressive gabled roof with its tall chimney stacks. 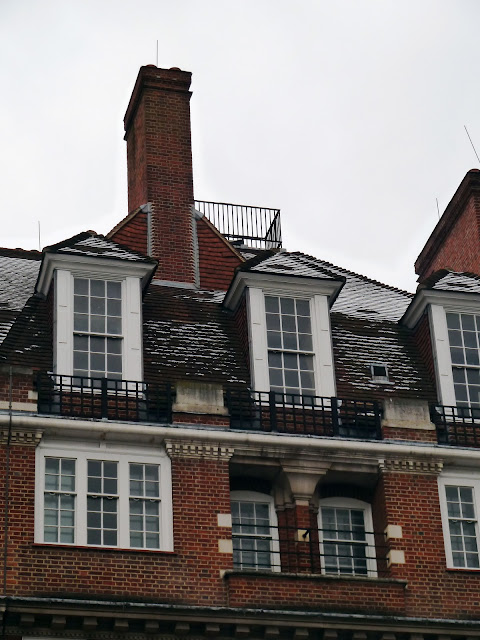 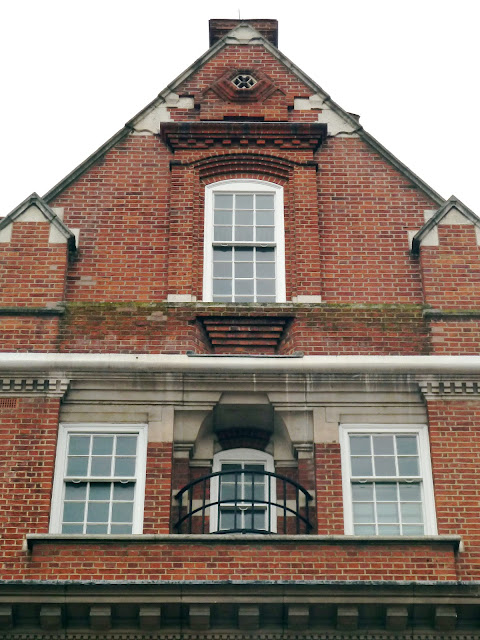 The building was listed Grade II in 1988. It is considered to be one of the best examples of an LCC fire station of the Edwardian period, a sort of golden era of civic architecture in London due to the general quality of design, workmanship and materials. The exterior survives virtually intact and is noted as being a well-designed response to the corner site. Sadly, the interiors have been much altered, although apparently the top floor has a communal washroom with obsolete washing and drying equipment. I'd like to see that! (Firemen of Clerkenwell Fire Station, if you are reading this and would be willing to show me around, please drop me an email!) 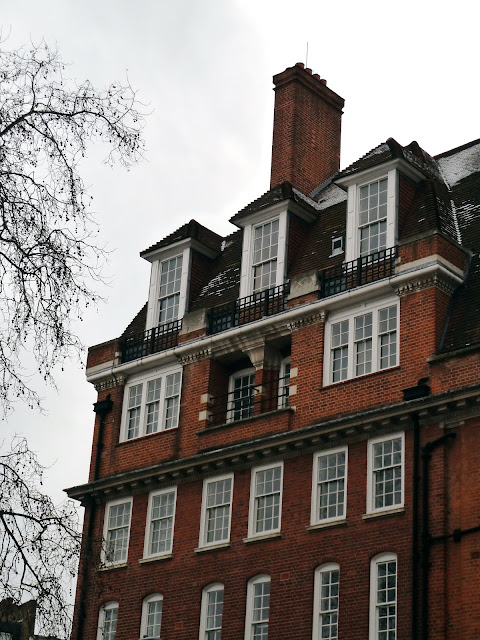 So, this corner site in Islington has a long history of accommodating an important London fire station and I personally don't want to see it turned into fancy flats or some such. It's for the firemen and it should stay that way! They've definitely earned their place in it, as far as I'm concerned. 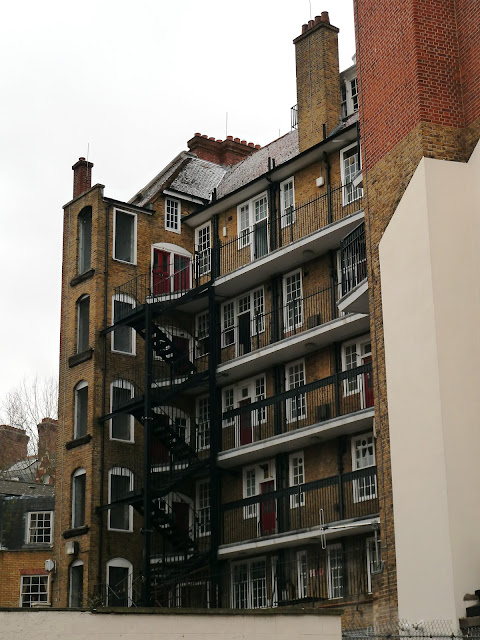 If this post has made you fall in love with Clerkenwell Fire Station, even just a little bit, you can read more from the BBC here and here, and find out about the related public consultation here. 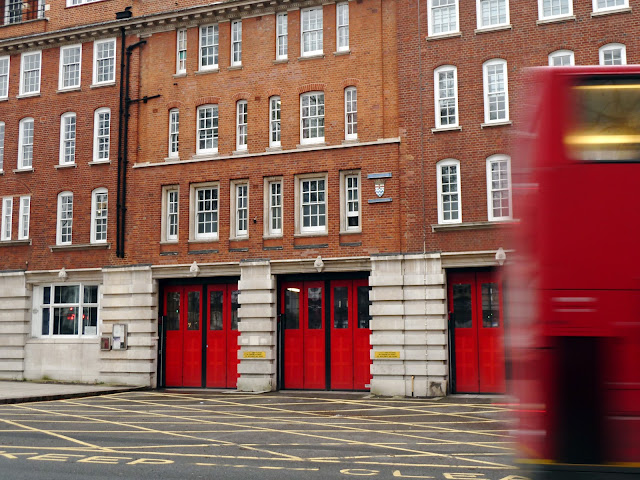