A League of Their Own

I'm going to Chicago and Boston in five weeks' time (squeee!) and, when I told a workmate this the other day, he suggested that I go to a baseball game while I'm there. At first I was dismissive but then he carried on to tell me that both cities have lovely old baseball fields (which got me more interested) and it's just such a uniquely all-American experience. In our conversation, I did comment, 'well, I love A League of Their Own...' and now, the more I think about it, the more I want to go to a game. Naturally, I will pretend to be going to the baseball in another era and be suitably attired for that fantasy, rather than the modern day.

The conversation also got me reminiscing about A League of Their Own and I ended up having to watch it this weekend. If you don't know of it, it tells a fictional story about some of the young women who were recruited for the real-life All-American Girls Professional Baseball League, which was established during World War II to keep baseball running while the boys went off to war. They're the Rosie Riverters of the sports world, basically.

When I was young, my sister and I used to pop our favourite films in the VCR and act them out in front of the telly. This one got the treatment many a time. It was released when I was about nine years old and I couldn't tell you exactly what it was that appealled to me about it then. I'm sure I probably enjoyed seeing the girls kicking butt and matching the boys at their own game, even before I really had any idea about feminism:

Though I must confess I did like the uniforms, even if the girls in the film are outraged when they are first revealed:

I'm sure I liked the feminine, pretty dresses:

I seem to recall I particularly liked Dottie's elegant style, and do to this day (even though Dottie's old-fashioned decisions on life somewhat bother me):

And I definitely liked the dancing:

But really, when you think about it, what's not to love about this film?

If you've not seen it, I can't recommend it highly enough. As this post is already damn long enough already with squillions of pictures, I hope to come back with a post to tell you a bit more about what I've been reading about the All-American Girls Professional Baseball League. But until then...


The fight continues to save London's fire stations! This is the third post I've written about this matter (also here and here) but I just can't stand the thought of my dear Clerkenwell Fire Station closing. As an architectural historian, I'm also particularly perturbed to see that of the 10 which are now mooted for closure (two have escaped from the original hit list of 12), five are listed: four at Grade II and one at the higher Grade II*. It is not only the quality of the external architecture but the continuity of use and the level of surviving interiors which have generally marked these examples out as being of sufficiently high special historic and architectural interest to merit listing. Decommissioning the buildings as fire stations will immediately cut off that continuity of use and will almost certainly lead to the loss of any surviving interiors as they are redeveloped for new use. And let's not even start to talk about the public safety concerns.

The London Fire Authority have voted against the plan to close the 10 threatened fire stations but apparently Boris Johnson has the power to overturn their decision. And it won't be at all surprising that he does...

But we have to encourage him to think again! Please sign this petition to stop the closures! Save our stations and help to keep response times down. Imagine what could have happened if the boys from Clerkenwell Fire Station hadn't been there to respond so quickly to a fire at the Grade-II listed Moderne Florin Court on Charterhouse Square just this weekend? It was a sad enough sight as it was when I saw it on Monday... No-one was hurt, as it happens, but things could have been rather different. What if our Clerkenwell fire fighters hadn't been there to respond? Think about that, Boris Johnson.

Email ThisBlogThis!Share to TwitterShare to FacebookShare to Pinterest
Labels: save our buildings 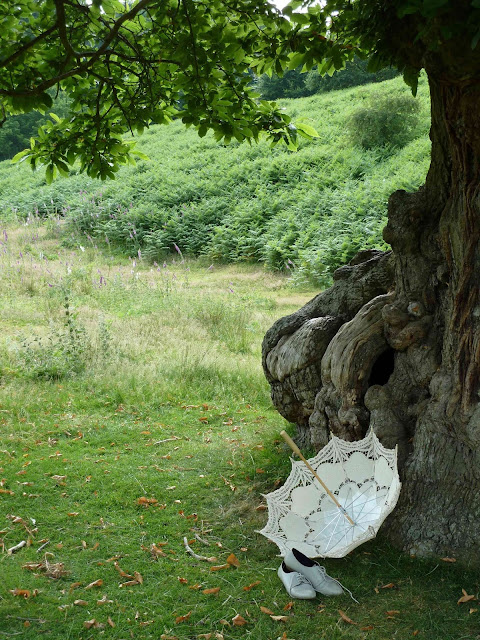 London has been sweltering in the heat this last week, so today I decided to get out of the city. Knowing the seaside would be heaving in any place that could be reached by train, I instead decided to head for the leafy, inland countryside. But where to go?

I'm currently part way through reading Orlando, by Virginia Woolf. My first of her novels... I realised that this was a gap in my literary adventures that had to be filled, and I'm glad I've now addressed the gap, because I'm loving her writing. But the relevance of this is that Orlando is apparently a semi-biographical work, inspired by Vita Sackville-West, although also steeped in fantasy and history. The novel starts in the Elizabethan period, with the titular character brooding and wandering around his family seat. And the manor house in the novel is based on Knole House, where Vita Sackville-West was born and grew up. So, I thought, what better place to head to carry on reading my book under cool, shading, ancient trees? 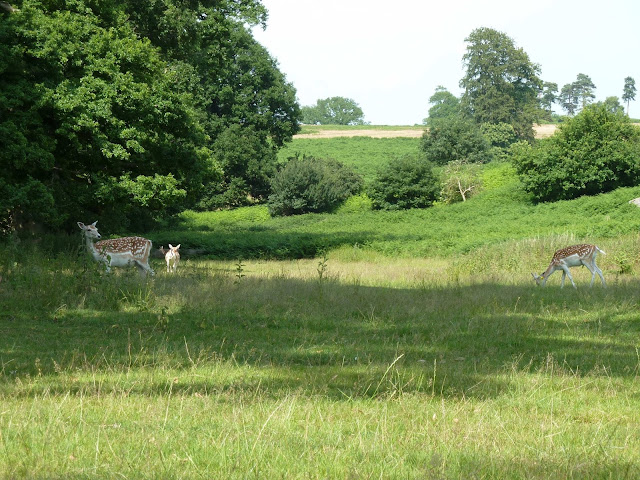 Some deer came to join my quiet spot, as I sat on an old tree trunk, reading my book.

I later found the deer were prolific - roaming and feeding in groups - as I walked along The Gallops. 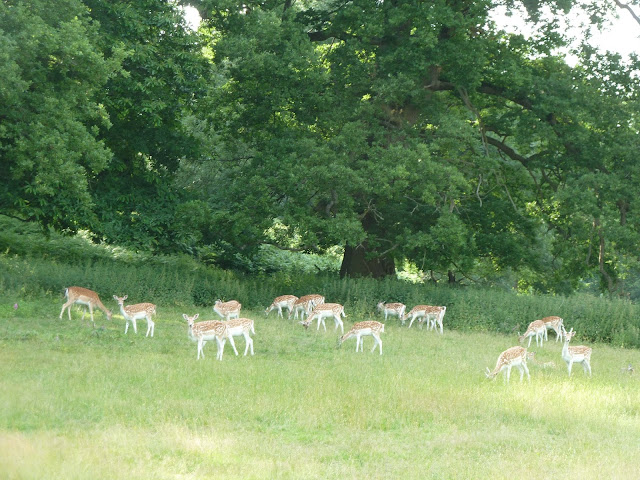 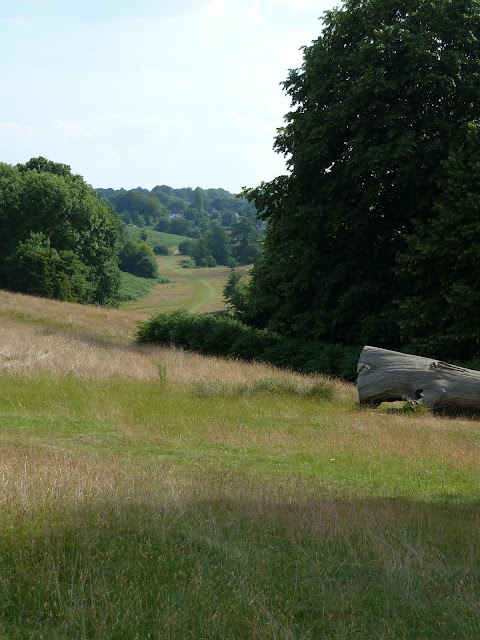 My parasol and shoes, tossed aside, felt a fitting photographic homage to the early twentieth-century female authors who documented and loved Knole... 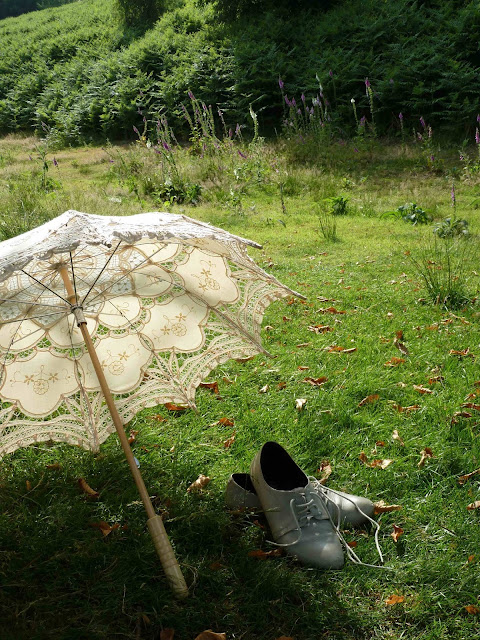 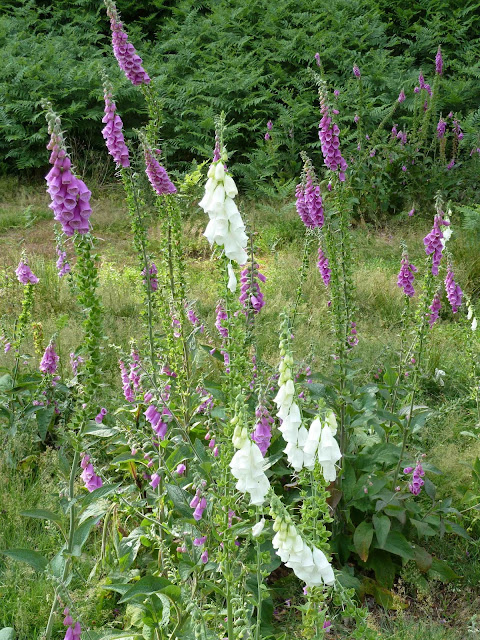 I felt more like ambling in the park than going indoors, and got there a bit late in the day to make it worth going inside the house itself, but I had a quick wander in the courtyards and orangery. 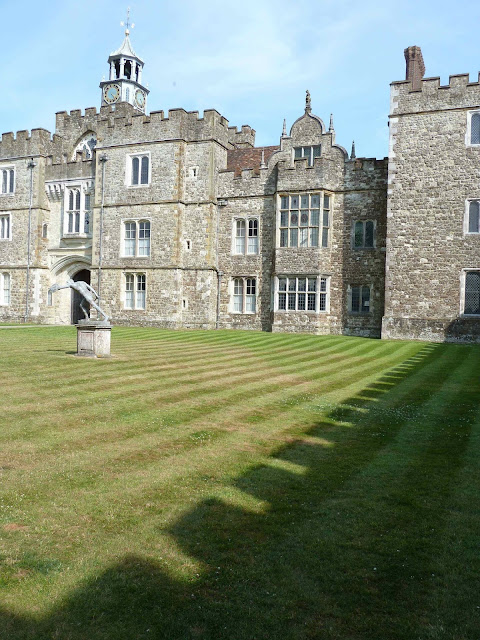 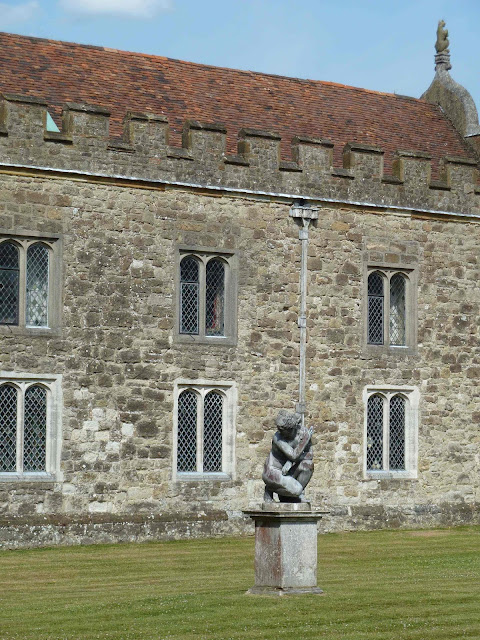 Knole's origins are actually in the fifteenth century, when it was built for the Archbishop of Canterbury on the site of an earlier house. (Another reason why I wanted to visit, given that my thesis was about historic bishops' palaces.) The Archbishop relinquished ownership of it to the Crown during Henry VIII's general rampage against monasteries and the established Church. It then came into the ownership of the Sackvilles in 1566 and they have lived there since, although Vita Sackville-West was traumatised to see it bequeathed to her male cousin upon her father's death, as she was his sole child and women were not allowed to inherit... It's now run by the National Trust and the public are allowed to access parts of the property. 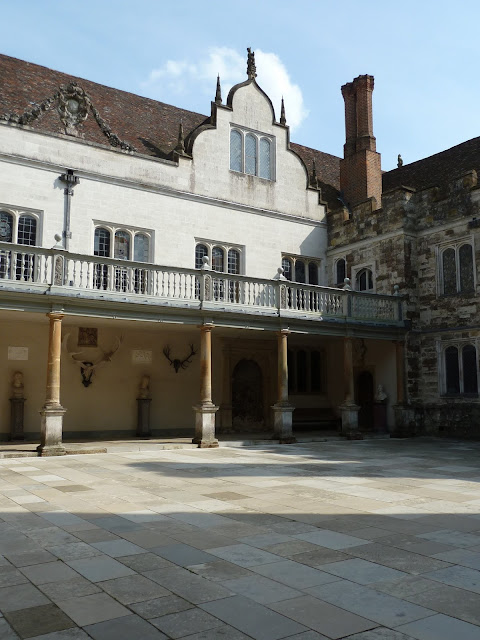 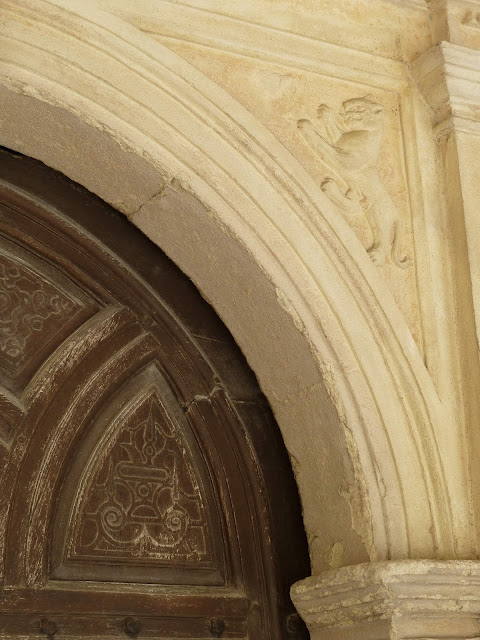 The wonderful garden can be glimpsed through the orangery windows but is only open on Tuesdays. I think I will have to organise a day off work in order to go and stroll about it... and see the rest of the house, while I'm there. 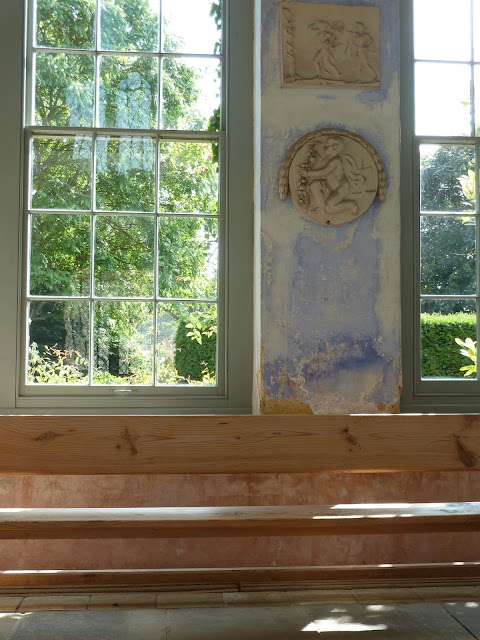 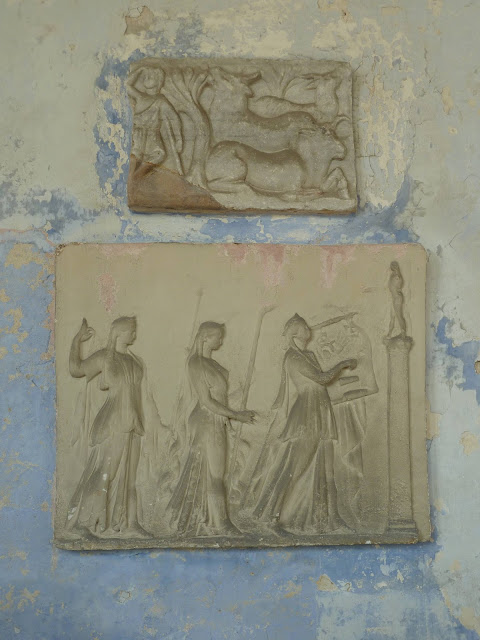 Even without seeing inside the house, I can see why Vita was heart-broken when the inheritance of Knole passed away from her.. 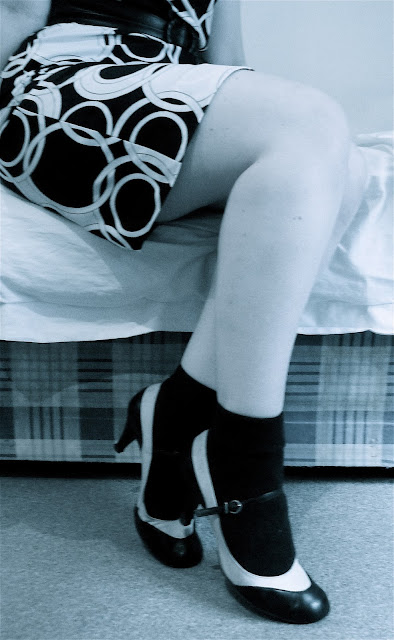 Socks and heels - yay or nay? The Cat says 'nay' but I say 'yay'. A friend today basically accused me of being a hipster, in as much as he suggested that I was wearing socks and heels because I thought it was so geeky it was actually cool... But I genuinely think it's fun! A nice nod to the '80s. I'd really like a pair of lacy bobby socks, actually...

I'm also loving the fact that I'm seeing so many girls here in London getting their pale, untanned legs out, now that summer has properly hit, with sunshine and warmth. I bare my white-as-white legs without shame, and it's nice to see others doing the same.
Posted by Miss Marie at 21:20 6 comments:

Email ThisBlogThis!Share to TwitterShare to FacebookShare to Pinterest
Labels: 1980s, street style, summer
Newer Posts Older Posts Home
Subscribe to: Posts (Atom)
Love Letter from London is the personal blog of Lisa Marie, an architectural historian who sometimes wonders if she should have been a fashion historian. It recounts various architectural, sartorial and miscellaneous historical adventures and observations...
Read more about Love Letter from London