My wonderful mother and I both opted for blue floral dresses when we went to see The Nutcracker at the Royal Opera House earlier this month.  Great minds think (and style) alike.  We had to get some photos of our accidental coordination... 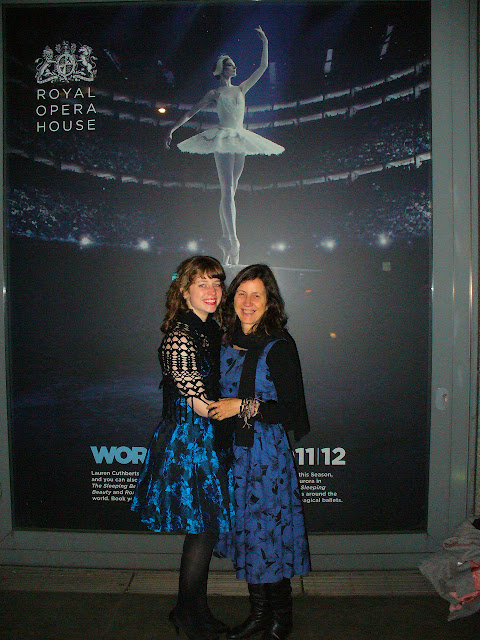 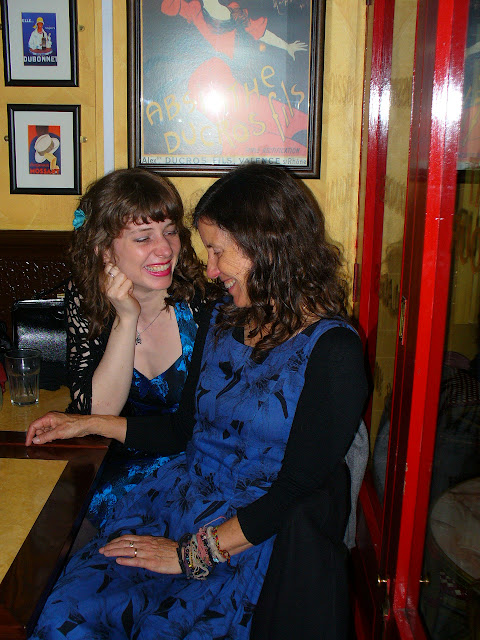 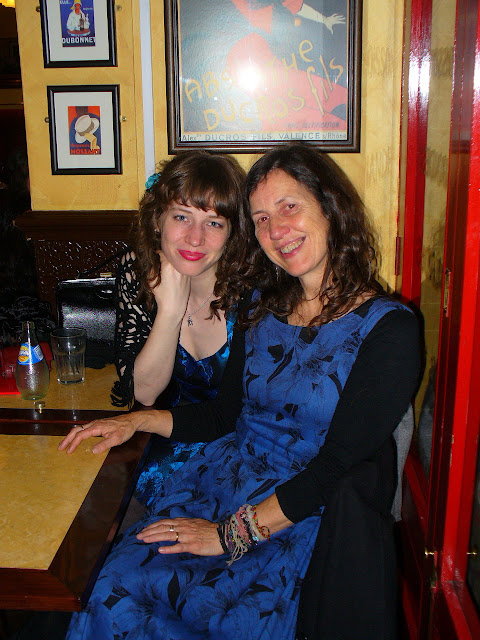 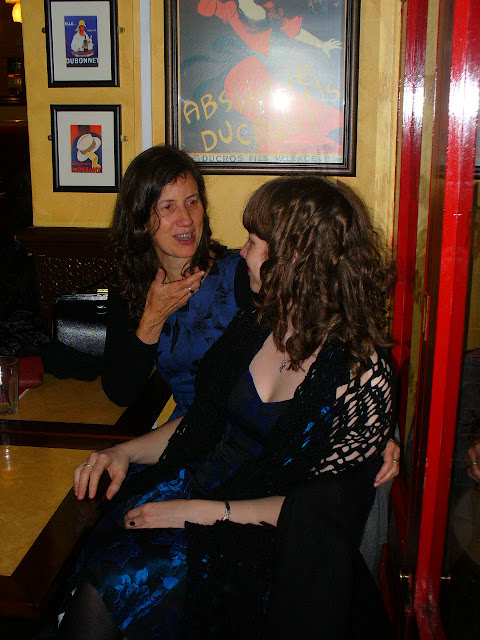 We had a lovely night.  The show was beautiful!  It was the first time I've ever been to see a ballet (unless you count going to my sister's recital when she was about 10 and I was about 4) but I'd love to go again some time.  The Royal Ballet is putting on a production of Alice's Adventures in Wonderland in Spring, which sounds quite tempting...  Unfortunately, as you'll know, I'm scheduling my life around my thesis right now and Alice's run falls at what I anticipate is going to be a rather hectic moment.  Oh well, there'll be something else in the not-too-distant future, I'm sure.
Posted by Miss Marie at 20:46 12 comments:

There are three months and three days until I have to hand in a 20,000-word thesis on redundant bishops' palaces.  This may sound like a lot of time, but as I am also working four days a week and in classes one full day a week, it really isn't much time at all, especially when my day job is rather mentally exhausting already.
I don't want to put my blog completely on pause but I have come to the realisation that a drastically reduced service will be necessary.  Meaning that, not only will my posts be infrequent and probably brief when they appear, but also that I won't have the luxury of much spare time to read and comment on my wonderful fellow bloggers' posts.

So, from now until the last Friday in April, an unusual and intermittent service will be in operation on Love Letter from London.  I will miss our regular exchanges, dear readers, but I will keep my eyes firmly upon the brighter days of May, when (God willing) my thesis is complete.
Love,
Lisa Marie x
Posted by Miss Marie at 19:11 6 comments:

Rest assured, dear readers, that I have not fallen off the side of the earth, as it may have appeared with my uncharacteristically long and unexplained absence.  I have merely been away for a week and was too hectically busy before I left to post anything before I headed off.  I now have rather a back-log of things to write about and am just picking the topic of today's post somewhat at random.  So here we go...
Regular and long-time readers may recall a post I wrote some time ago, lamenting my inability to pull off the glamourous, movie star headscarf style.  You know the look, with the scarf crossed under the chin and knotted at the back of the neck...  Well, recently I got to go for a ride in a classic 1970s Triumph Stag when I was up in Leicester for an extended family Christmas.
I just happened to have my "motoring scarf" (i.e. scarf with vintage cars all over it) packed in my luggage so thought this was too good an opportunity to miss.  I decided it was time to experiment with the Hollywood/motoring headscarf look, even if the weather were too cold to take advantage of the convertible function of the car.

Although it was amusing, I can't say I was entirely convinced of its success.  Maybe it was the wrong scarf (too small, too narrow, too stiff?) but I am definitely thinking it's something to do with the shape of my face.

That's okay though, we can't all be glamourous Hollywood headscarf-wearing types.  There are plenty of other ways for me to wear my collection of scarves.  I think this one looks just fine knotted around my neck, like a kind of feminine tie/cravat device.
If, however, I do experiment with the Hollywood headscarf look again some time (perhaps with a suitably different scarf), I will be sure to let you know.  Especially if it goes better next time.  Then I might even be able able to identify what it was I was doing right or wrong each time and share it with any readers wanting to give the look a go.
Posted by Miss Marie at 15:03 18 comments:

Yesterday I went to an exhibition on Soviet architecture at the Royal Academy of Arts, which I rather enjoyed.  I would write more about the things I learnt there and trawl the internet for some pictures by architects and artists who particularly took my fancy but, as you may or may not have noticed, I've been rather word-lite on posts at the moment and this is because I'm snowed under with course work.  However, I want to keep my blog swimming along and it's nice to take wee breaks now and again, so I'm hastily posting every now and then.

As such, today's post is not going to be on Communism and architecture but rather, the shop windows at Fortnum & Mason!  Yes, upon emerging onto Piccadilly after the exhibition, my friend and I decided to go have tea in Fortnum & Mason.  I happened to get incredibly distracted by the windows...  For quite a while...  In fact, my friend decided to leave me to it while she went in to look around at actual food and beverages...

As you can probably tell, I wasn't overly bothered by the food on display and just went a bit nuts photographing all the details.  Note: I don't really have a weird foot fixation, despite the fact they feature rather heavily in my snaps. 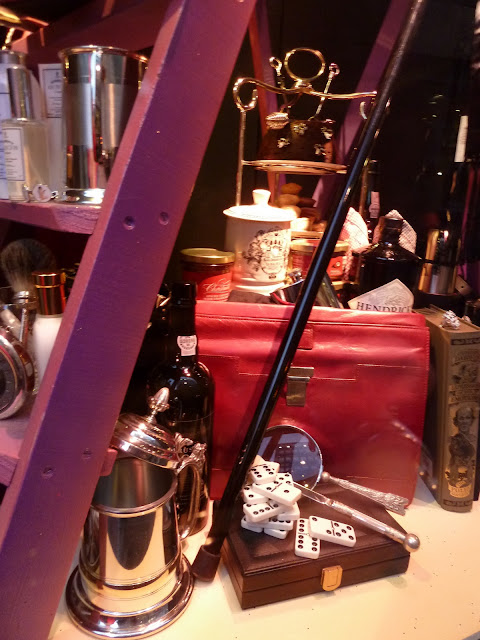 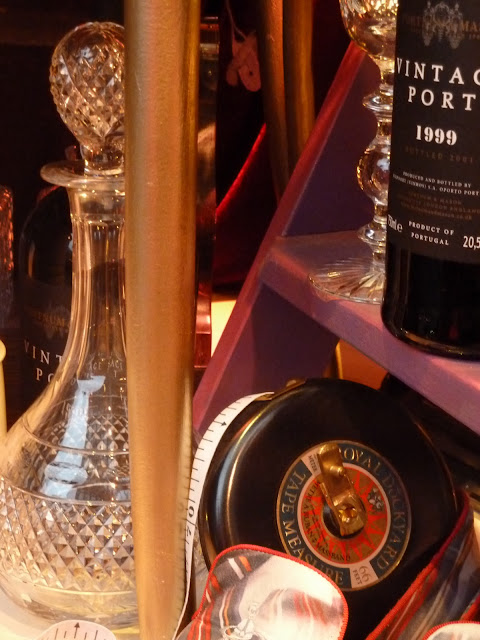 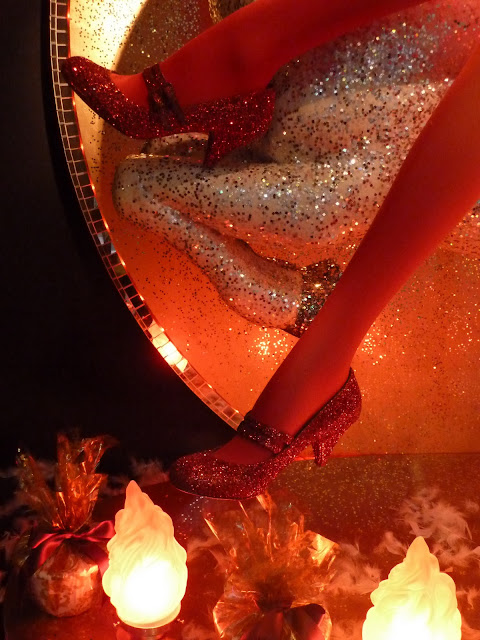 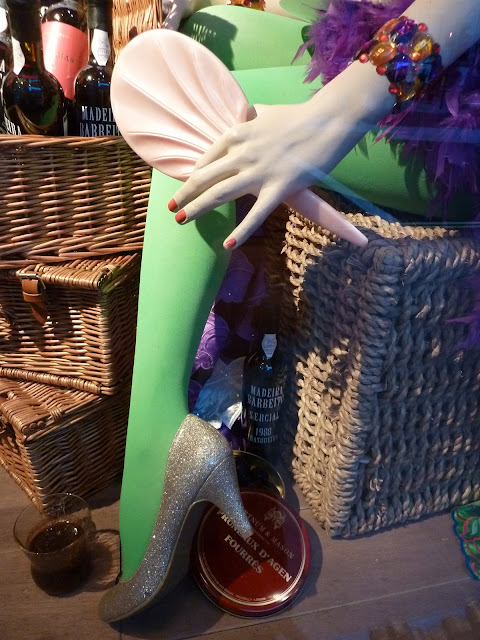 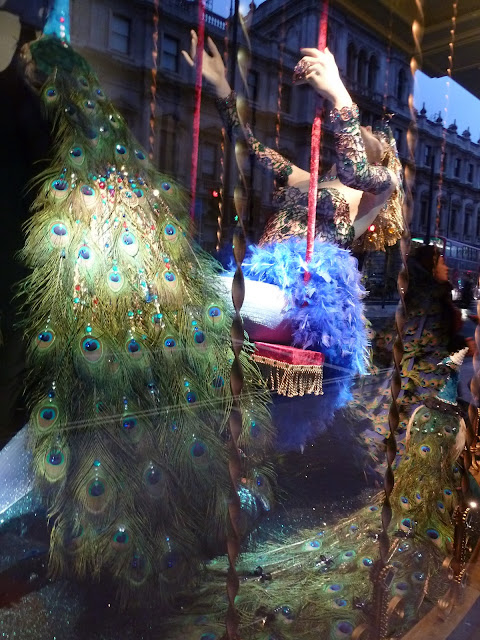 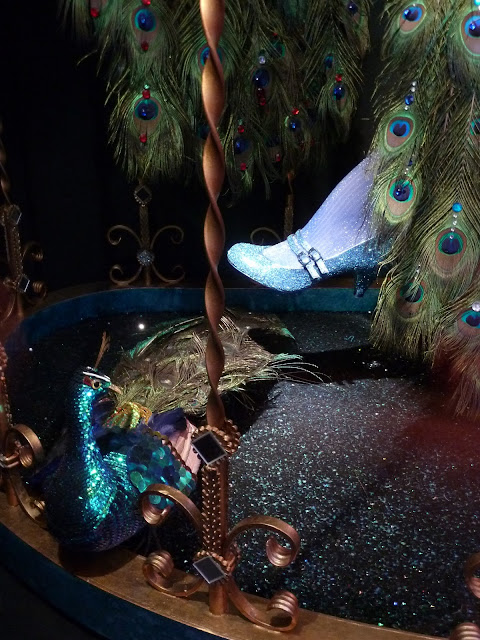 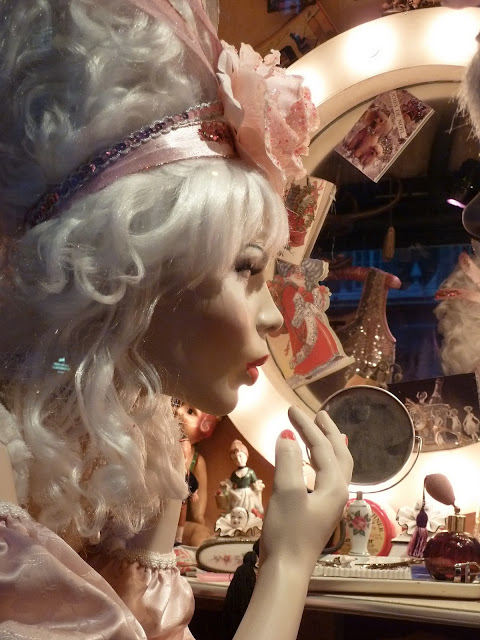 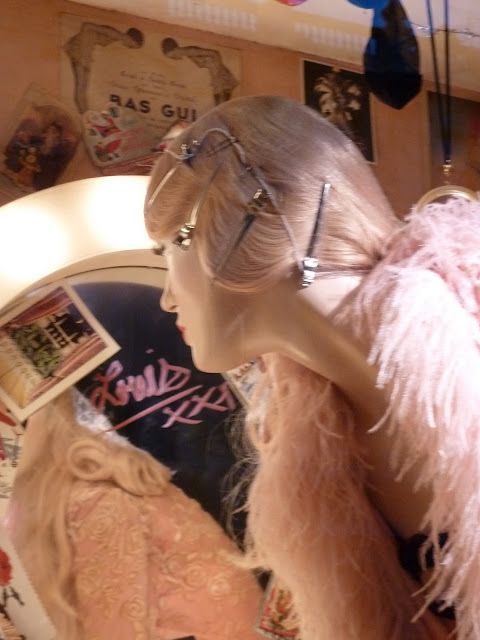 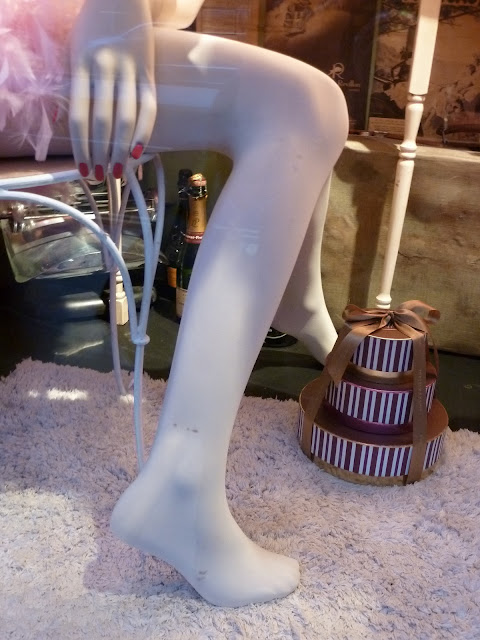 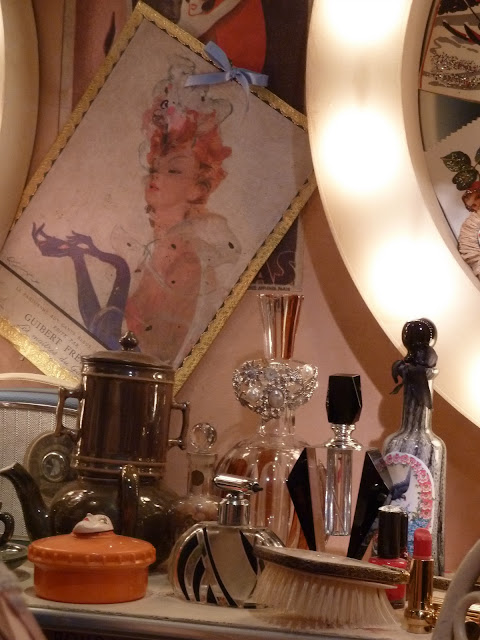 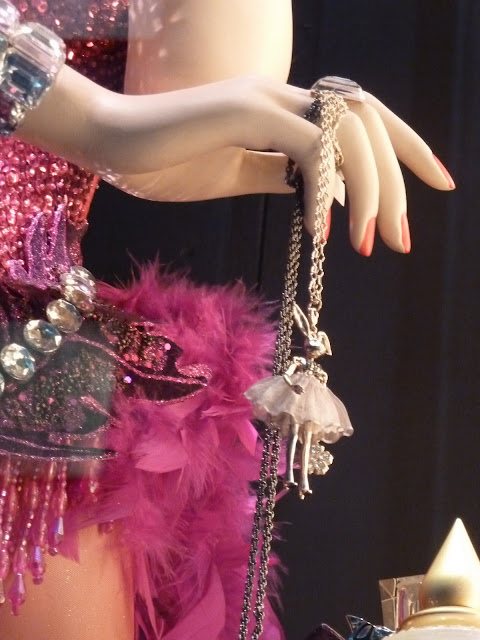 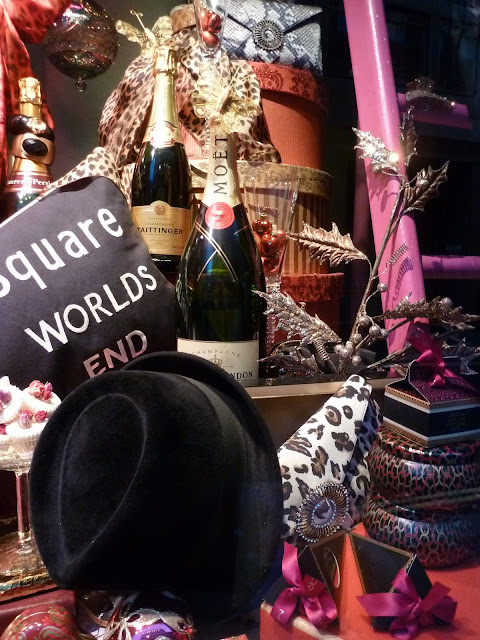 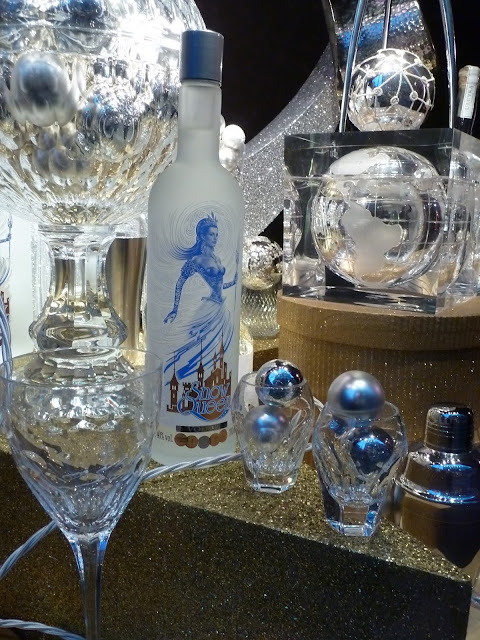 Aren't they just fabulous though!  Evidence that the fine artistic eye of Fortnum & Mason's creative director, Paul Symes, does much more to get one drooling than the food inside the building.  Everything was just so exquisite and detailed, I could have stayed there for hours admiring it but I was called inside to afternoon tea which was, admittedly, also quite good.

I also just want to note, for anyone who doesn't already read her blog, the lovely Miss Kelly-Marie at Harem of Peacocks recently had her Beyond Retro windows appear alongside Fortnum & Mason in Drapers magazine.  Fabulous news and well-deserved.
Posted by Miss Marie at 19:59 8 comments:

French Spy? Or Doctor Who's Companion?

You decide.
French spy about to sabotage the police call box... 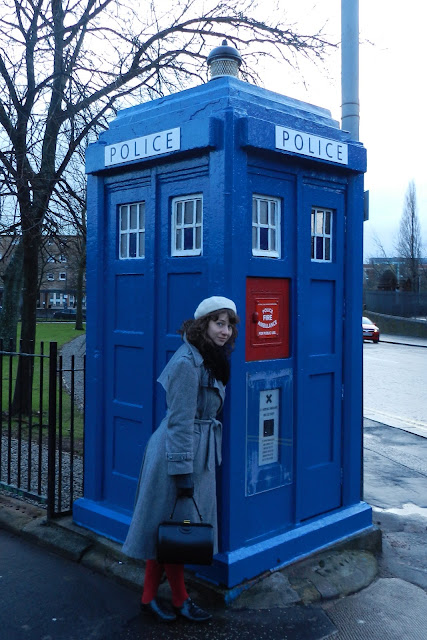 ... or Doctor Who's companion about to embark on another adventure in the TARDIS? 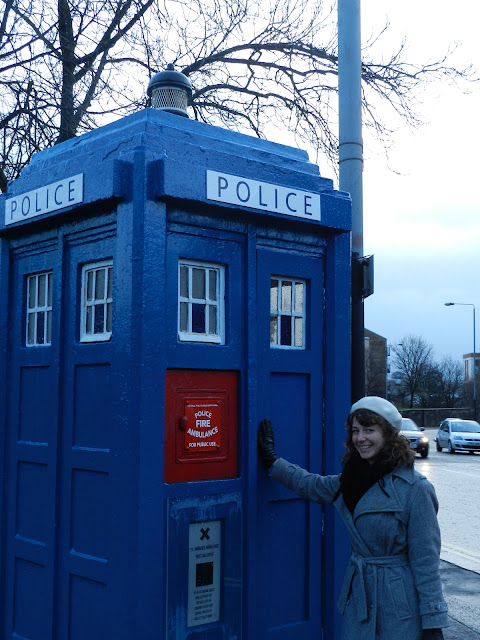 Fun times in Glasgow, either way.

Happy (slightly belated) New Year to all my lovely readers.  Or, more appropriately for where I saw in 2012, happy Hogmanay!  Fireworks off Edinburgh Castle and a masquerade party...  a lovely start to the new year.

Hope you all had a fabulous night as well.  I look forward to reading all my fellow bloggers' posts about Christmas and New Year when I get back home to London later today.

Email ThisBlogThis!Share to TwitterShare to FacebookShare to Pinterest
Labels: events, fancy dress, holidays, medieval architecture
Newer Posts Older Posts Home
Subscribe to: Posts (Atom)
Love Letter from London is the personal blog of Lisa Marie, an architectural historian who sometimes wonders if she should have been a fashion historian. It recounts various architectural, sartorial and miscellaneous historical adventures and observations...
Read more about Love Letter from London