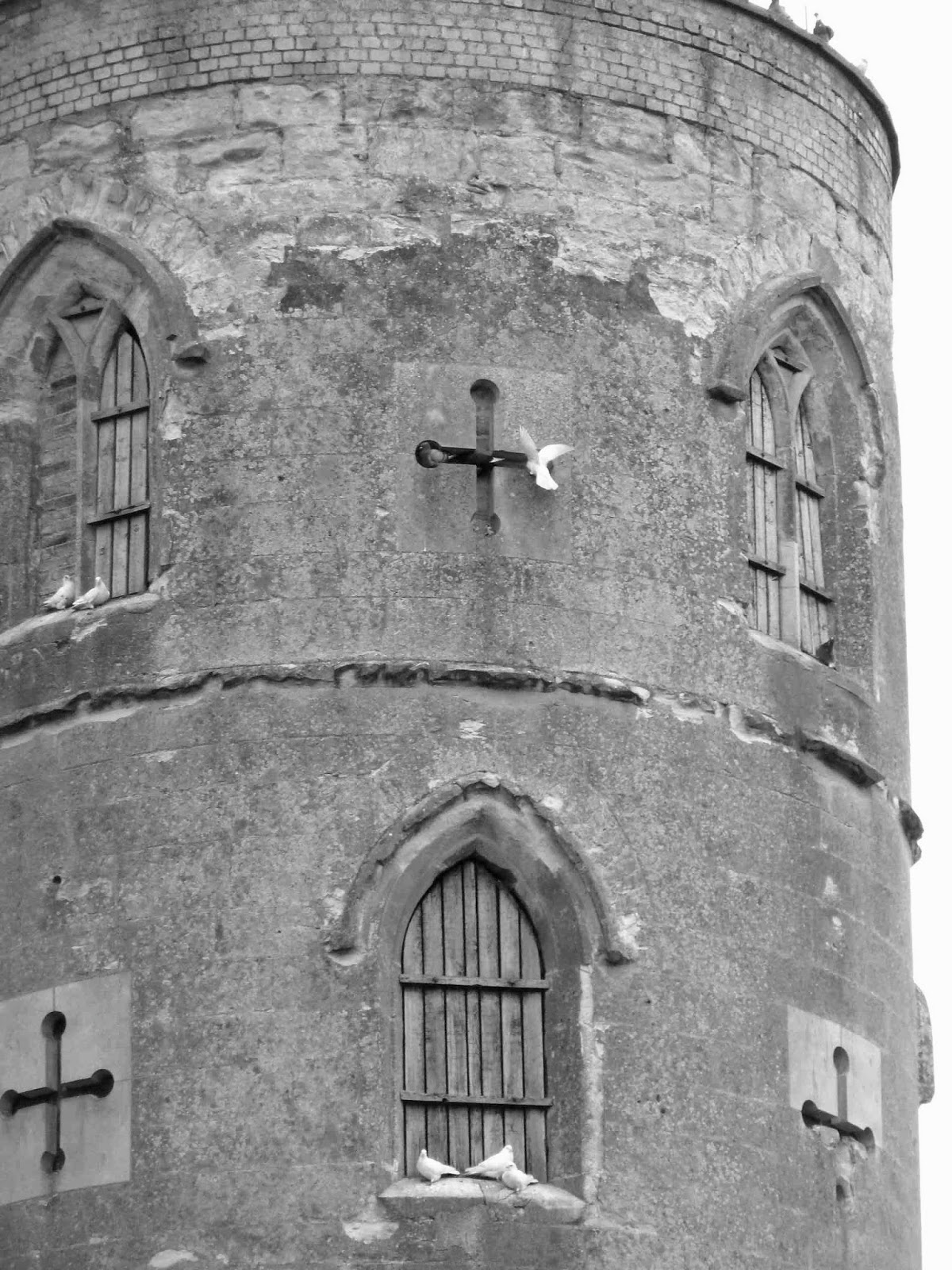 My third monthly trip out of London for 2014 took place three long weeks ago, on the very first weekend of March, but I'm just getting around to writing about it now. I spent the weekend with a friend in Cambridge - the first day was spent in Cambridge itself and the immediate surrounds, while the second day entailed a trip out to Wimpole Hall. 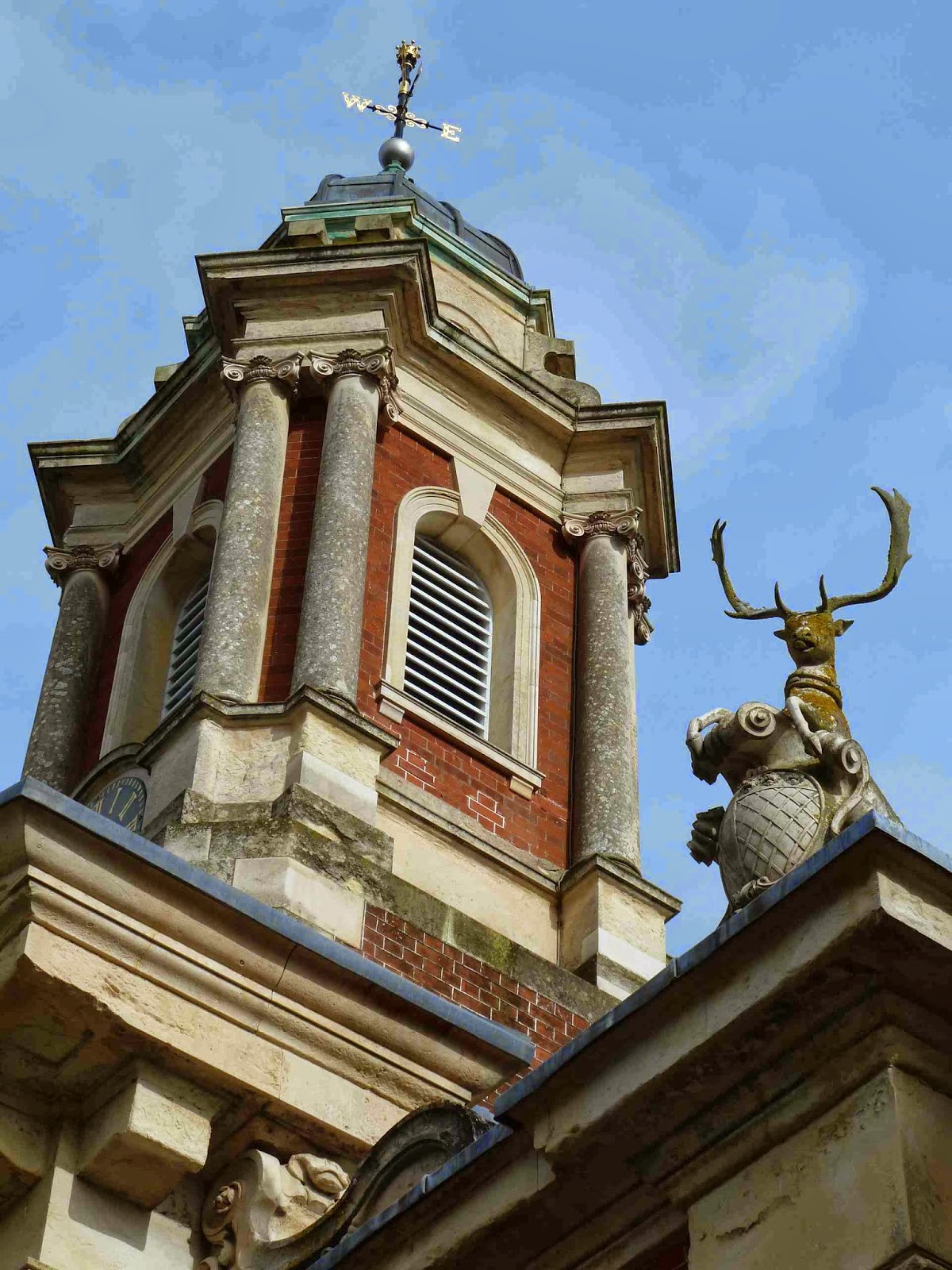 This is the same friend who accompanied me to Sutton Hoo and we both took out National Trust membership there so we figured we'd make the most of it with another property. This one, however, entailed a short train trip from Cambridge and then a cycle ride. Fortunately Cambridgeshire is a flat county as we'd also done a lot of cycling the day before and I'm only an occasional weekend cyclist...


Upon arriving at Wimpole we got our energy back up with a cup of tea and a scone and then went exploring. We started out at the house but were both slightly underwhelmed by that experience. Yes, the grand country pile just wasn't right for us, darling. 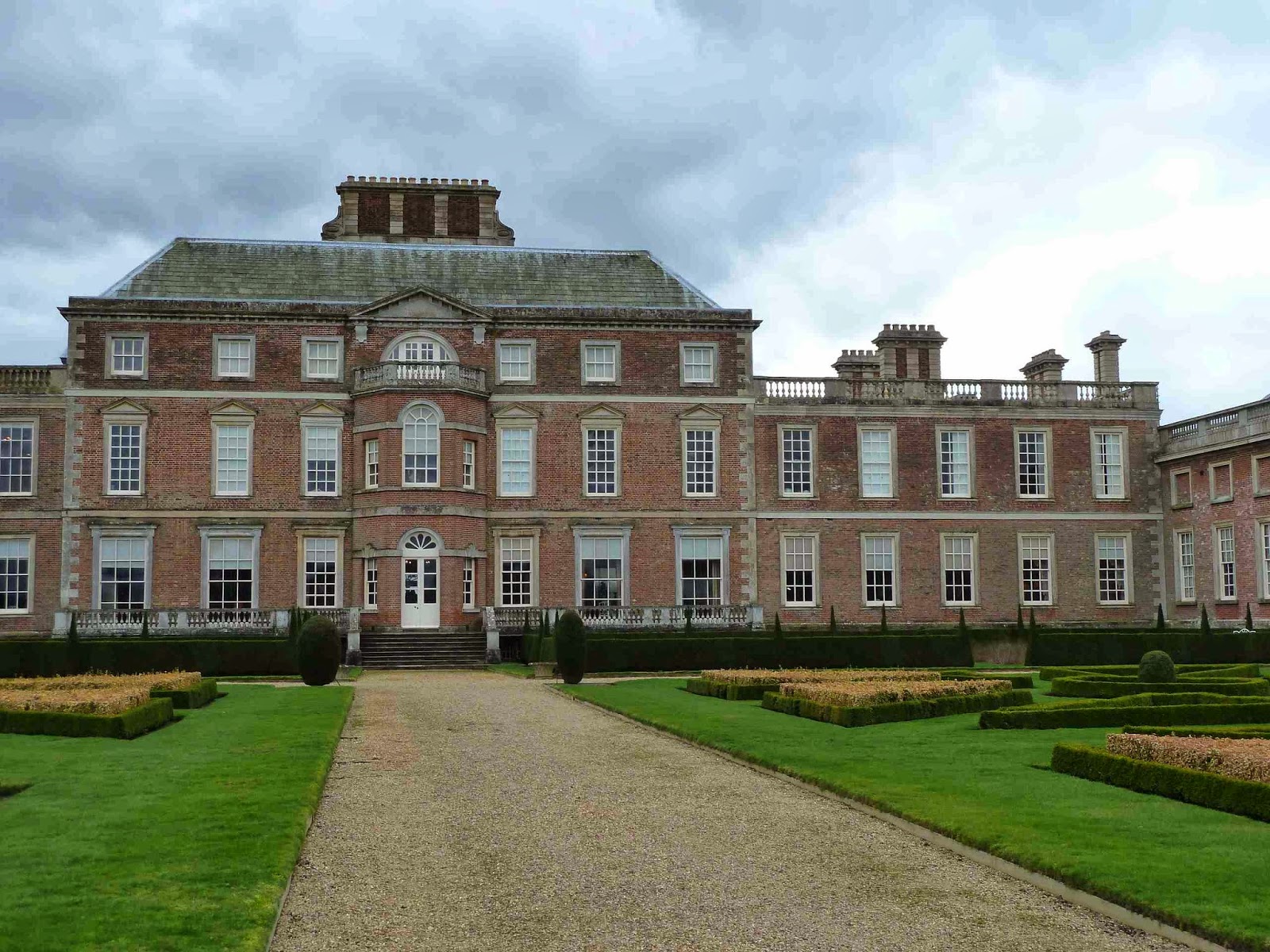 But, in all seriousness, the period and style isn't the favourite of either of us and we found the experience a bit stuffy compared with our recent Sutton Hoo adventure. There were some wonderful spaces but it was a classic National Trust house with roped off rooms and a sense of moving rigidly through the set route. In fairness, this is somewhat fitting for a house of its type, as the eighteenth century saw the rise of country house tourism, where one would travel around to different manors, being met at each with a grand house designed with a definite sequence of rooms, through which one would move, admiring the collection of art and objects. And there was undoubtedly some fine architecture, art and objects at Wimpole: 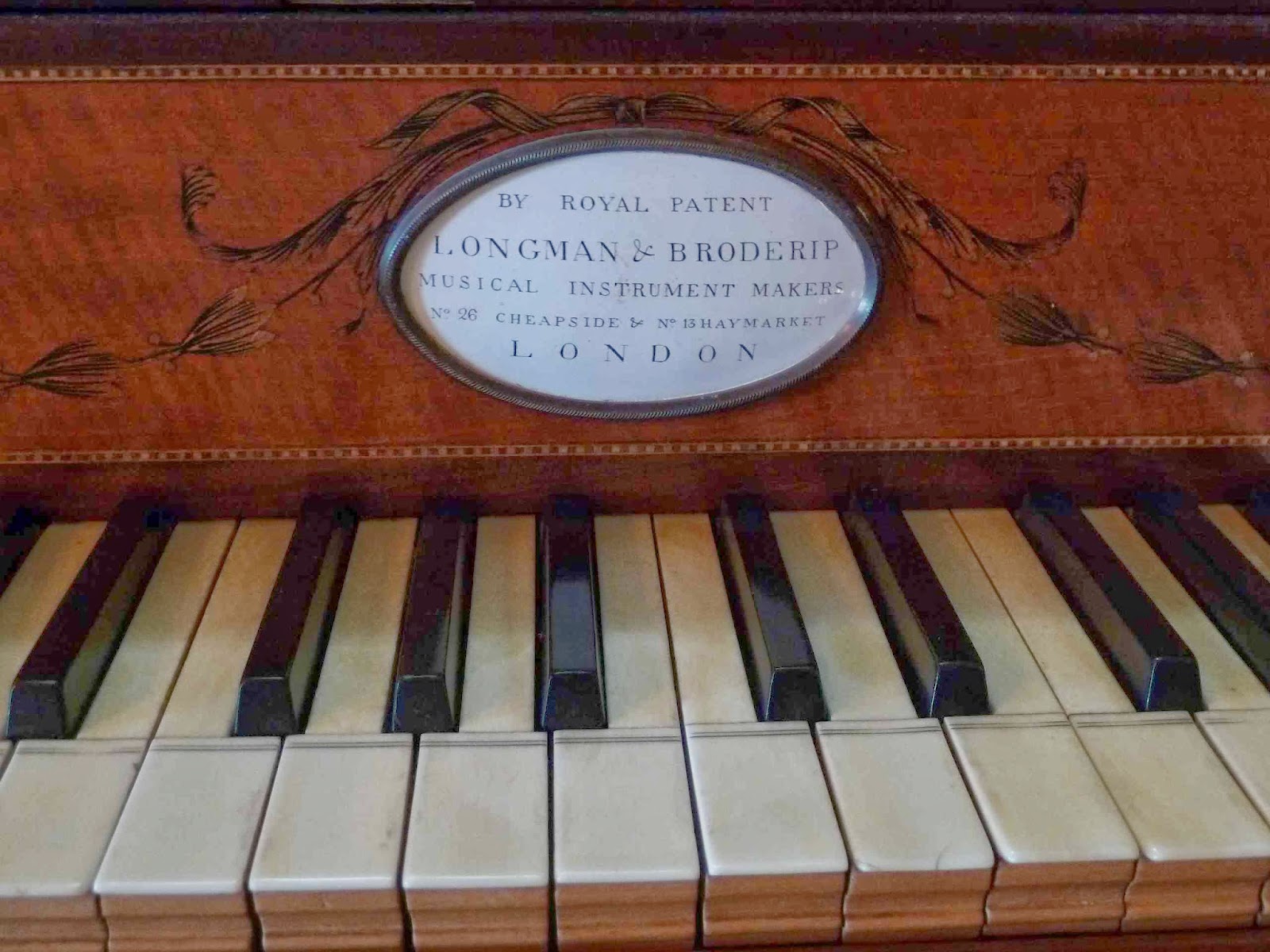 Okay, it all looks wonderfully charming when I select out a few key photographs, and it was undeniably splendid in parts, but it just somewhat lacked atmosphere. (There was even a lady playing piano, like at Sutton Hoo, but it had a completely different vibe.) So, if that style of operating doesn't really do it for you then you want to at least learn something about the people who lived there, where their wealth came from, the trajectory of their fortune, and all that jazz. That's what gives these places a unique quality when they all have a similar look. Unfortunately, there wasn't much written interpretation, and sometimes you don't necessarily feel like having to ask the volunteers (as lovely as they are). So, I learnt a bit about the last inhabitants of the house but not much more about the generations before that, which was a shame.


Once out of the house, we went for a wander around the immediate grounds and the walled gardens. I do so love a walled garden, even when it isn't in bloom. It appeals to my longing to have a secret garden of my own one day. 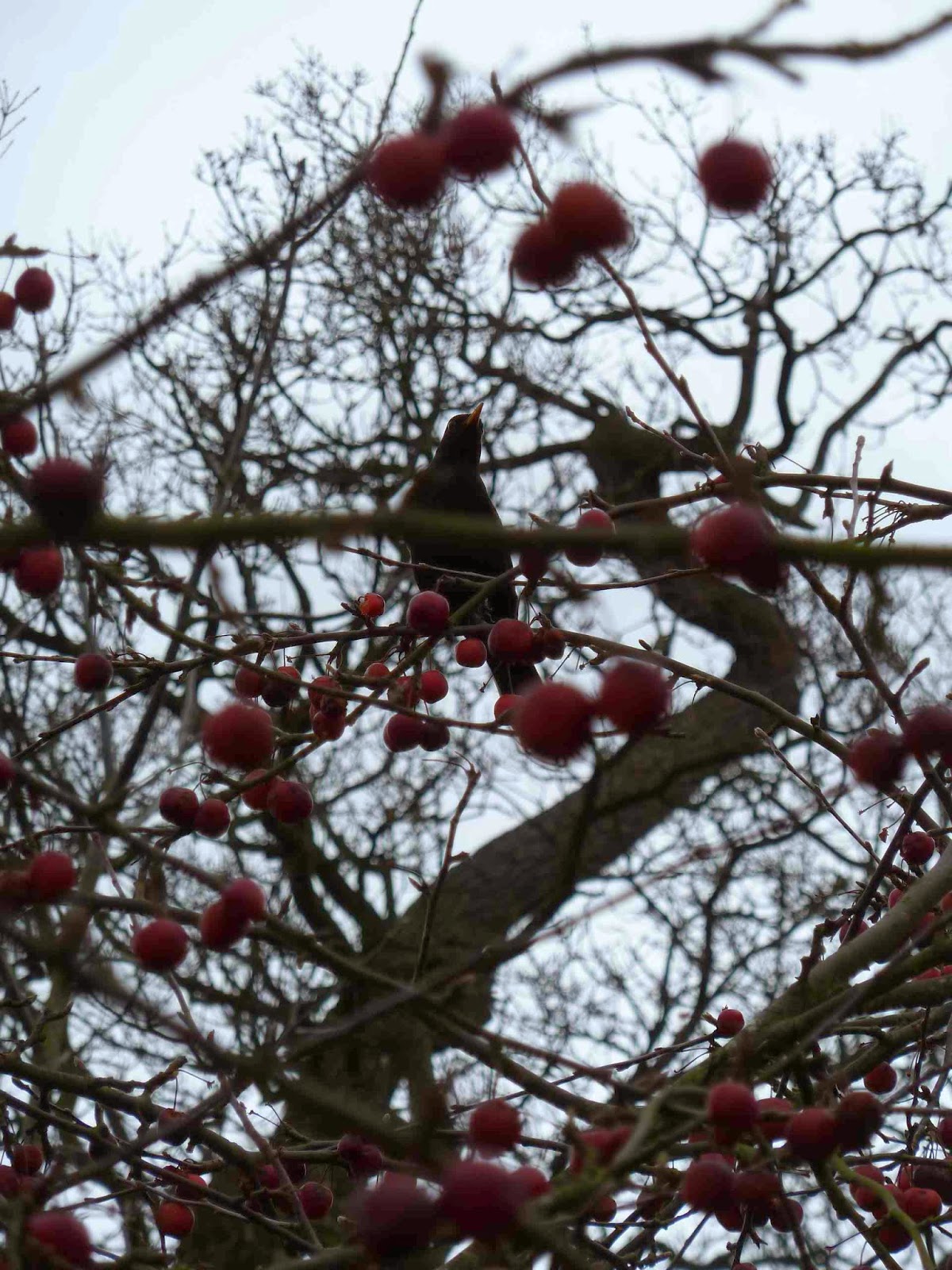 We then broke out from the genteel surrounds of the house and out into the wider estate to march our way up through the mud and the wintery landscape on a particular mission... 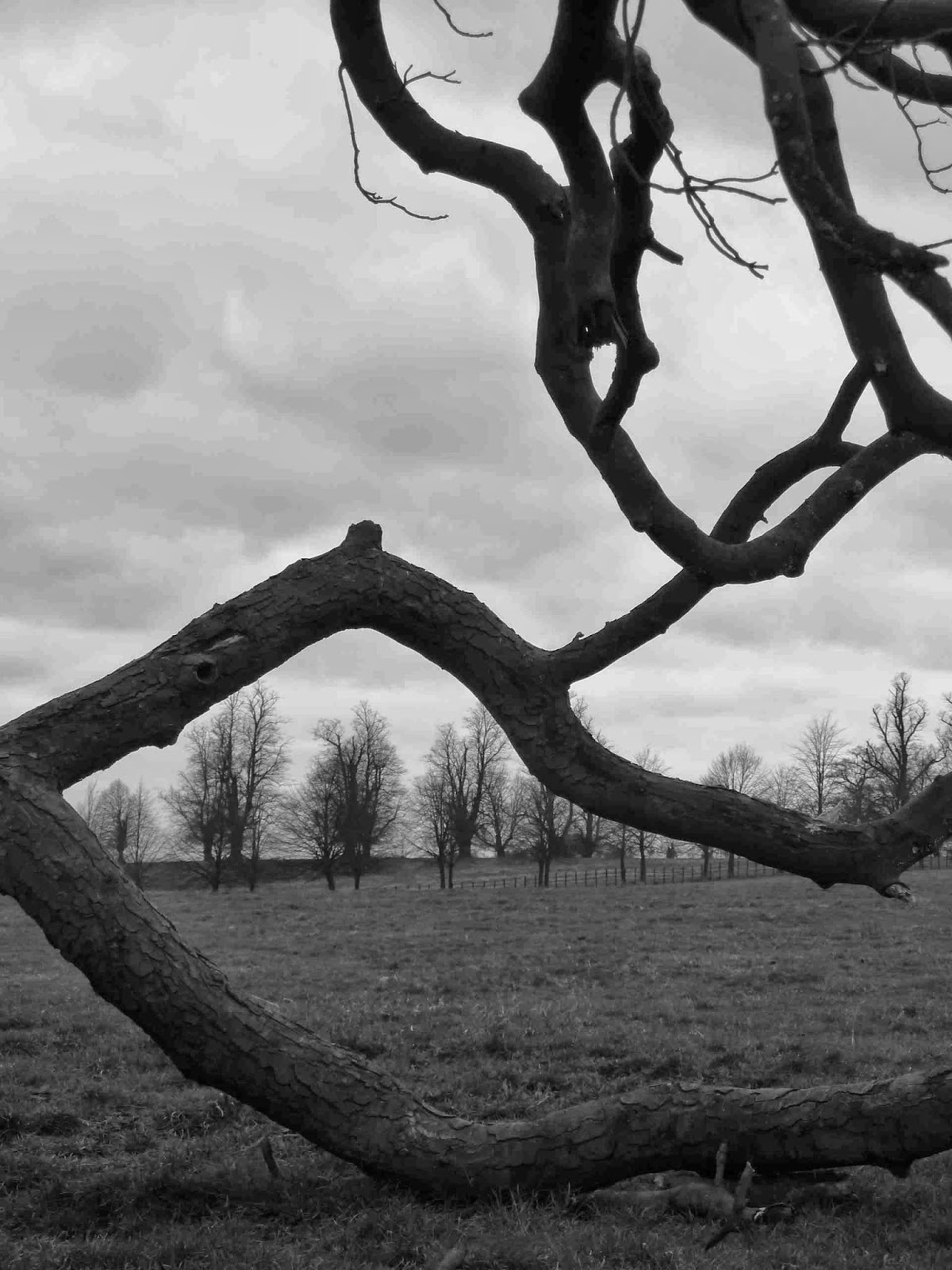 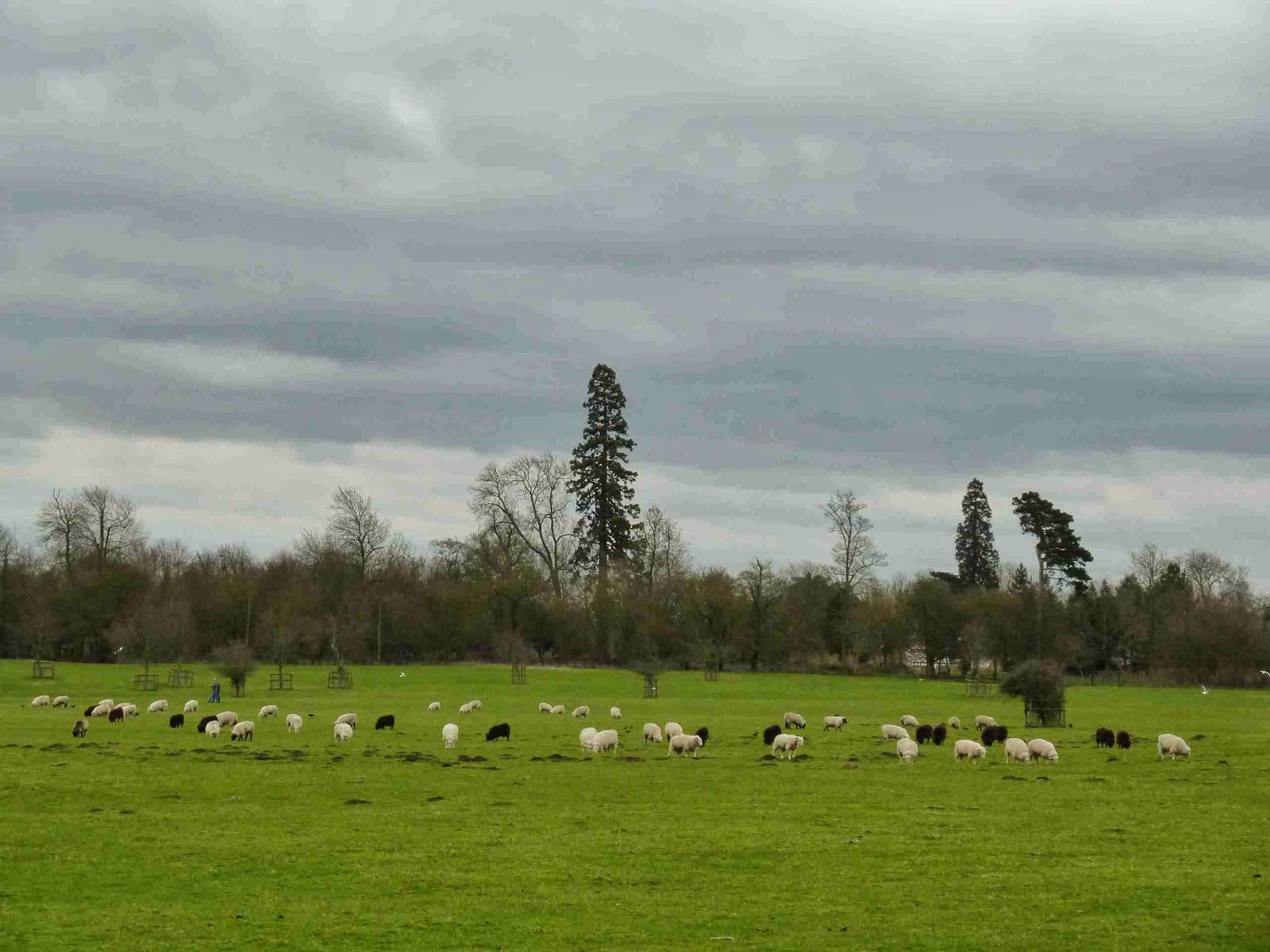 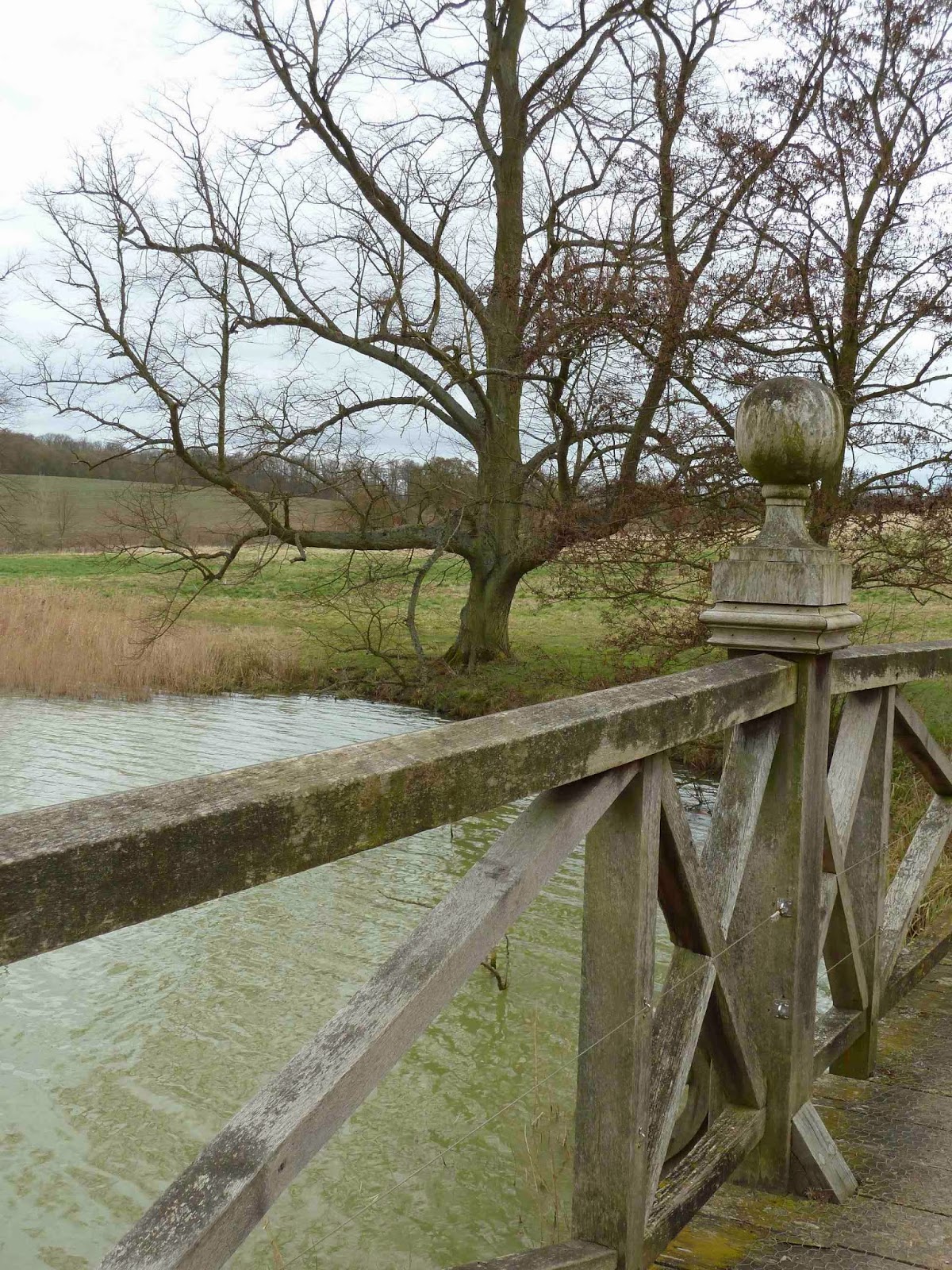 ... The Gothick folly! For those who don't know, a folly is basically an architectural feature put in the landscape to look fabulous, but with no actual use. The quintessential folly is the ruinous folly - not actually the traces of a medieval building, as the wealthy estate owner would have us believe, but a structure deliberately built as a ready-made ruin. Unfortunately this fake ruin must now be in actual fact a true ruin, as it was fenced off with 'danger: do not enter' signs. 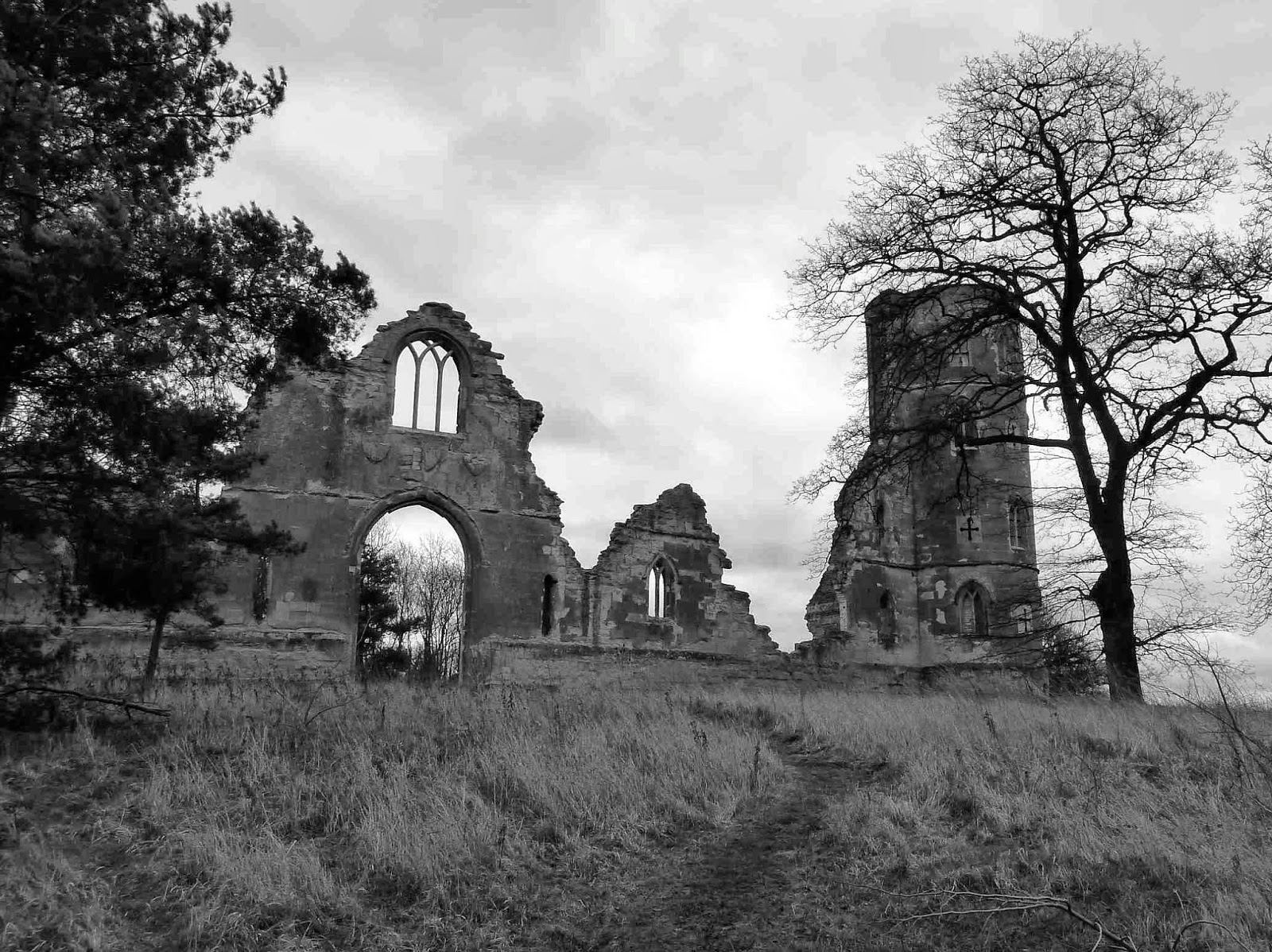 One of the things that I actually did learn when I was in the manor house was that the folly was built by Sanderson Miller, who was a 'gentleman architect' (that is, he wasn't formally trained as an architect, didn't need to work for money but he just kind of fancied giving it a go). It took something ridiculous like 25 years to complete due to stops and starts. By the time it was complete, fashions had moved on - not from follies entirely but from landmark follies such as this. Instead of being set up as a prominent feature in the landscape, the trend had changed to secret follies that one would stumble upon in one's exploration of the extensive estate. Oh well, it's still good, despite being unfashionable. 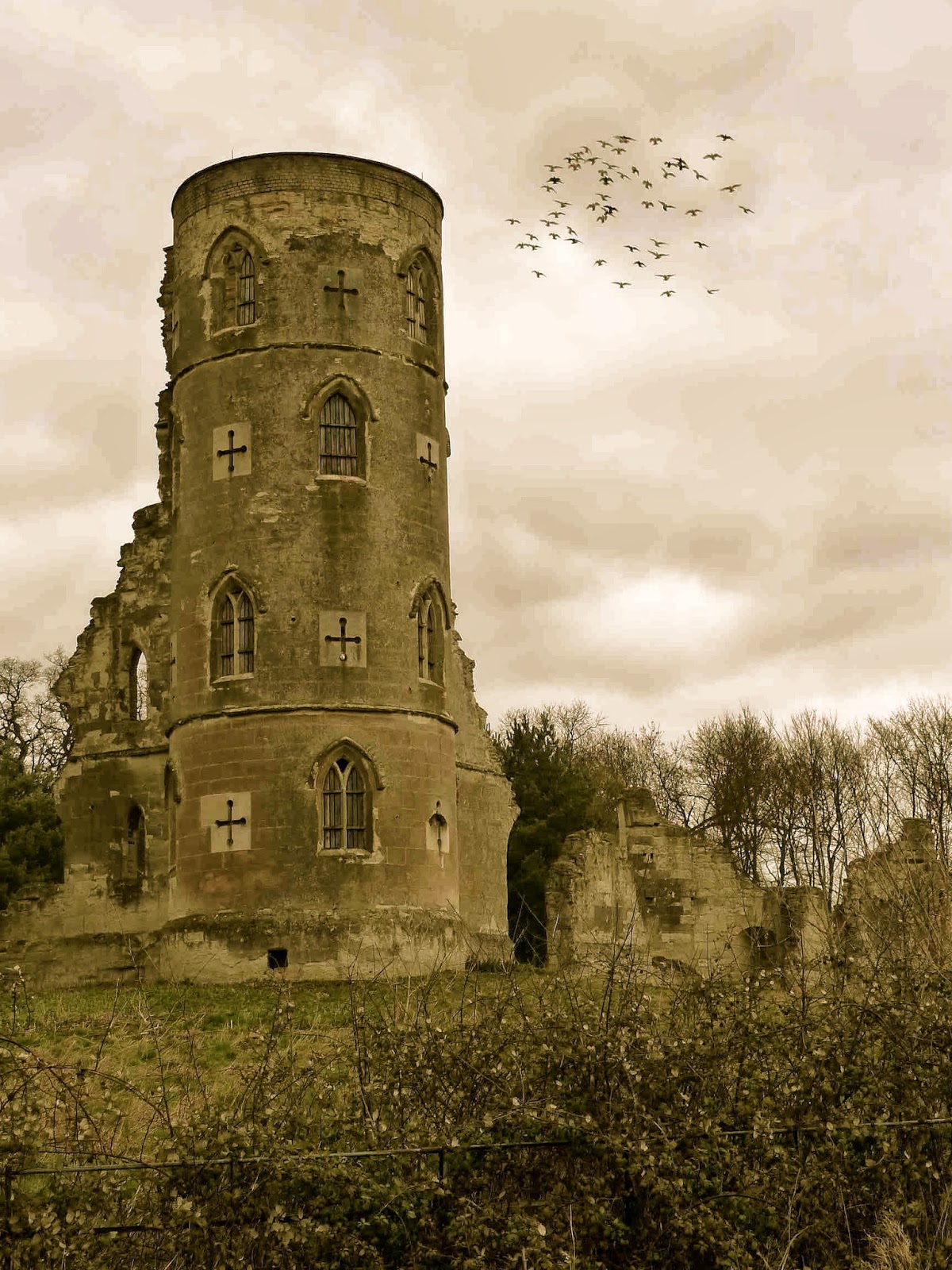 Upon later looking up Wimpole Hall in the relevant Pevsner guide (otherwise known as the architectural historian's bible), I came across the description of Sanderson Miller as 'the celebrated gentleman provider-of-ruins'. Don't you just love that? I can totally see him as this charming dandy who not only designs follies for the gentry but also ruins the virtue of the young daughters of his clients when he comes to visit... And just let me clarify that is my concept for a bodice-ripper and if I come across anyone using my idea, I will sue.