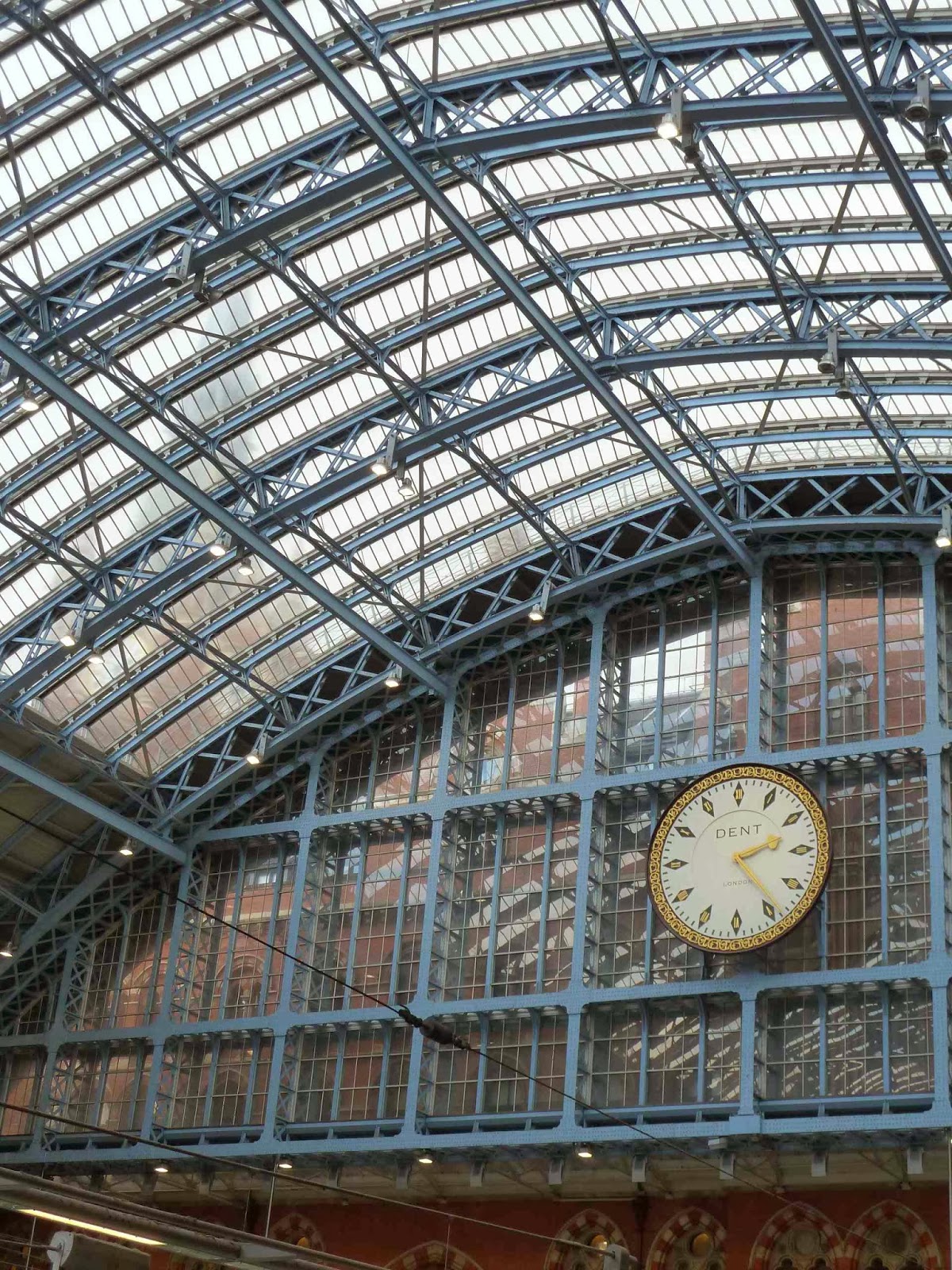 Today I had to trot up to the British Library to buy a present from the shop there (which, incidentally, has a really great selection of books and gifts, if you're ever looking for something for a discerning book lover). Deciding to get a coffee after having accomplished my mission, I stopped into St Pancras Station, which is, in my opinion, one of London's great public spaces. There's something lovely and exciting about railway travel, and this just imbues the place... 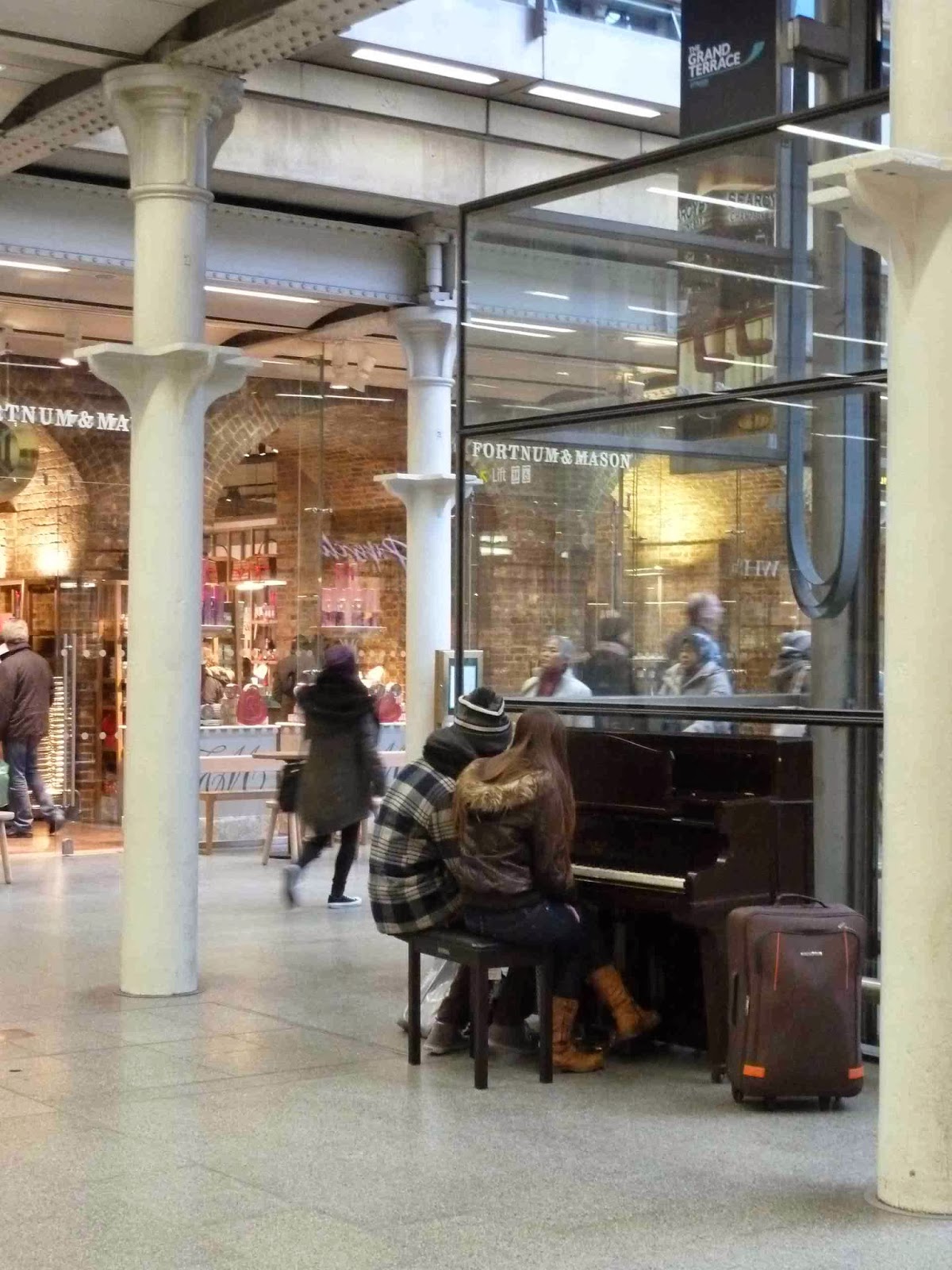 Seeing people tinkering on the two pianos there also always makes me smile, especially when you get a total juxtaposition between the players on each one. Today, there was a professional busker on one piano, accompanied by a woman on a French horn... and they seemed largely unperturbed when a slightly strange bearded man came along and leaned on the piano, intermittently tinkling a few keys at his end. At the other piano there was a small child having a go, later replaced by the couple above. I've seen all sorts playing there and I love the variety of people it attracts.

When I eventually emerged from the station, I was faced with a passing shower, resulting in a rainbow over King's Cross Station (which, between you and me, I prefer to St Pancras, architecturally, but that's a subject for another post). 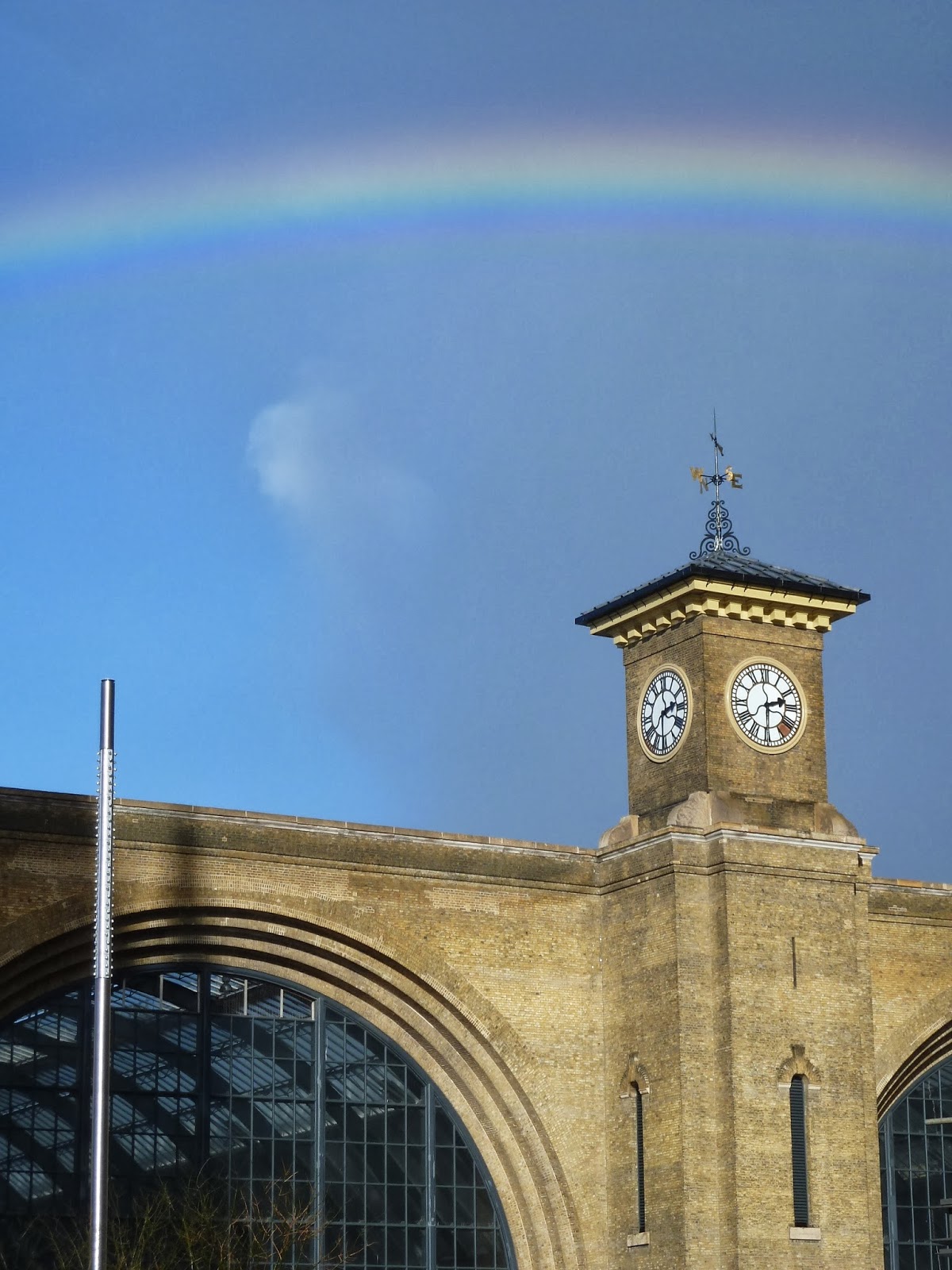 It was a crazy day for weather generally, with gusty winds and frequent changes from sun and blue skies to rain and dark clouds. It somewhat messed with my original plans for the day, which entailed a bicycle, but it didn't work out at all badly, ultimately. 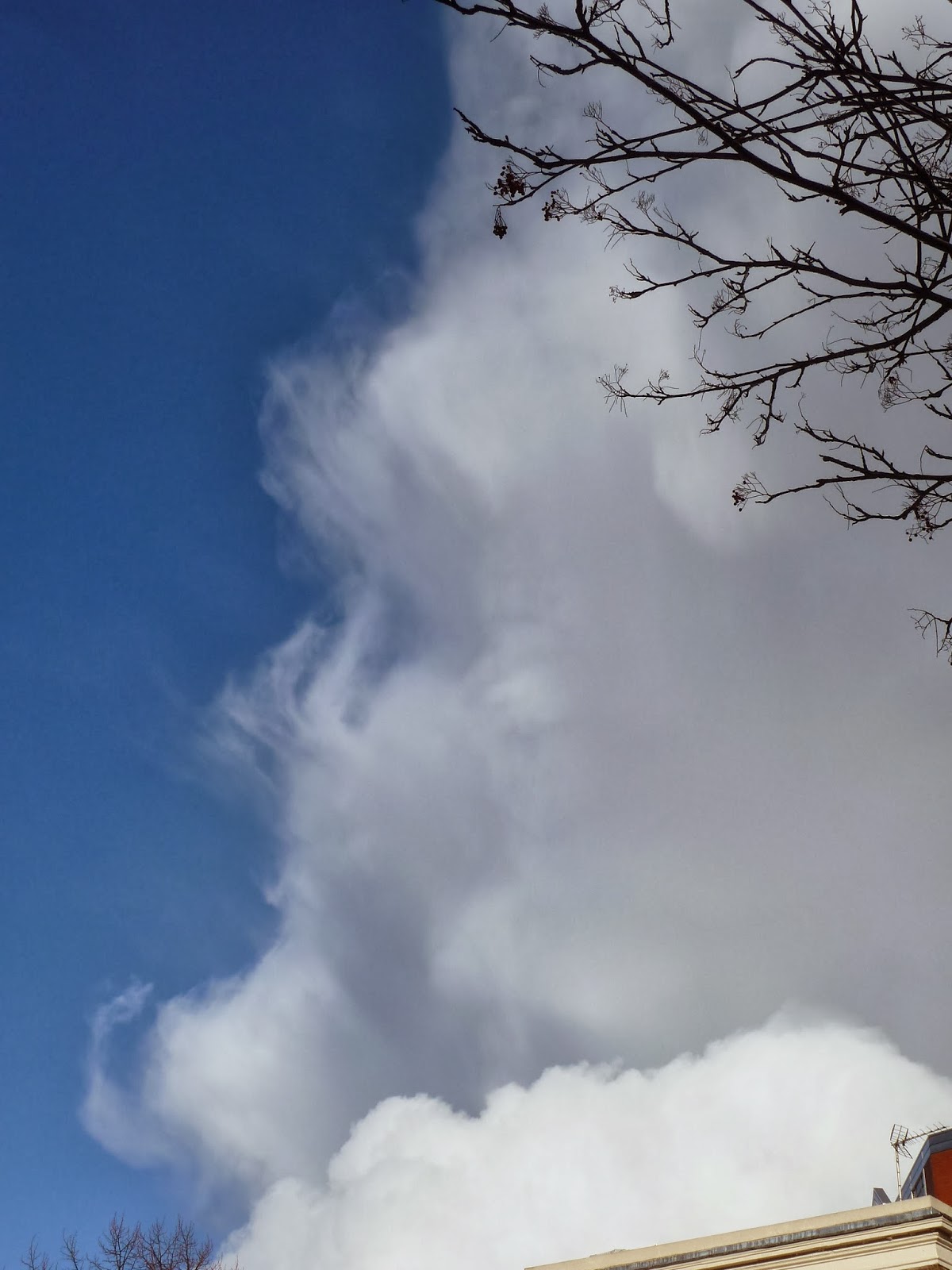