I have decided that I'm going to become a theatre-goer.


What's inspired this?  Well, The Cat has booked us tickets to see Chicago in a couple of weeks.  His mum said she'd buy us theatre tickets for Christmas last year and we're only just getting around to going now!  We had a major set-back and disappointment when we realised that Oliver closed months ago because we'd been hoping to see that.  But we saw Cabaret a few years ago and both loved it, so thought we'd go for something of that ilk, i.e. interwar showgirls in fishnets.  So, Chicago it is.

I absolutely adore Cabaret and think it's such a powerful story, with some smashing songs...


... I have my doubts as to whether Chicago will quite match it but I'm willing to give it a shot.  Has anyone else seen it?  In London or elsewhere?

Anyway, whilst we were investigating what shows were on, I had a look into some fringe theatre in addition to the main West End shows and came across quite a number of promising possibilities.  I generally only ever think to go to the theatre when I have guests in town or when it's for a special occasion but there's so much out there, that I realise that kind of mentality is just a crime.  Especially when you can find some really cheap and cheerful things in the fringe world.

So, just to give you an idea, these are some of the things I came across to get me excited... 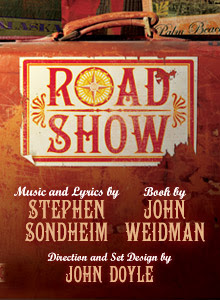 This is set at the beginning of the 20th century (so, nice costumes, one imagines) and is based on the true tale of Addison Mizner and his brother Wilson who, according to the promotional material, were "two of the most colourful and outrageous fortune seekers in American history".  Don't know anything about them but it sounds like a lark.  Plus, it's at the Menier Chocolate Factory which I heard mention of for the first time recently.  Basically, old chocolate factory, now theatre, so I'd be intrigued to see how they've converted it because, you know, I'm into that kinda stuff. 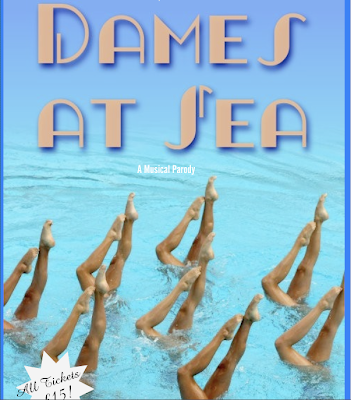 Set in the 1930s and first performed off-Broadway in the 1960s, Dames at Sea is a parody which tells the story of three chorous girls (one diva, one jokester and one small-town gal) and their sailor men.  The showgirls' theatre is going to be closed down so they talk the sailors' captain into letting them use his ship for their show. Need I say more?  Oh, yes, perhaps I should add that tickets are only £15.  Definitely liking these "fringe benefits" (pardon the pun). 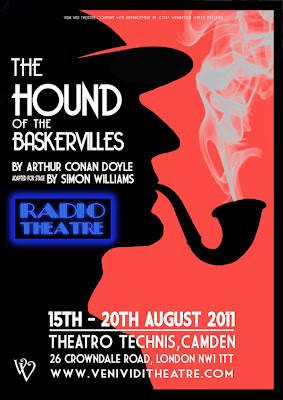 The story needs no introduction, being one of Arthur Conan Doyle's most classic and well-known Sherlock Holmes episodes.  The quirky thing about this show is that it's performed as though for a radio play, inspired by live broadcasts of Orson Welles' Mercury Theatre Company of the '30s.  So I assume the audience get to see the performers, and I hope that they're in suitable period attire!  Again, this one's only £11 (or £9 advance) at Theatro Technis.

And these plays are only the ones which were the first to catch my eye (perhaps because, you may have noticed, they're all set in the first few decades of the 20th century).  They're all on only for the next few weeks but I'm sure more careful scrutiny will definitely reveal further promising shows which should keep me going for the rest of year at least.  I'm thinking I should aim for one show a month, or perhaps one every two months is more realistic?

Is anyone else a regular theatre-goer?  I know fellow blogger Miss Katie is more than a theatre-goer, she's a performer!  If anyone ever has anything to recommend (because they've seen it or are even in it!), I'd love to hear about it.