Last night I started off my new ambition to become a regular theatre-goer (as written about in this previous post).  And it started off in style, seeing Chicago at the Cambridge Theatre. 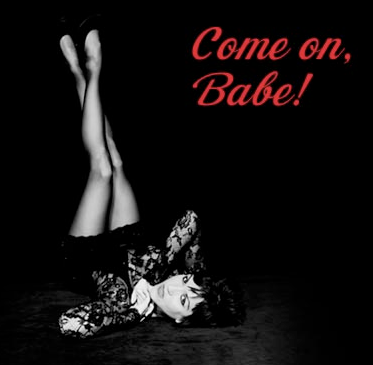 The first thing to say is that the theatre itself was delicious.  Walking into the foyer I had a little thrill as I looked around and saw we were in a 1920s/1930s theatre.  Goody!  I suspected it must be a listed building and I was correct, so I was able to get some information about it from English Heritage's website.  Built in 1929-1930, it is apparently "a rare, complete and early example of a London theatre adopting the moderne, expressionist style pioneered in Germany during the 1920s.  It marked a conscious reaction to the design excesses of the music hall and contemporary cinemas.  Theatres looked for a new style appropriate to the greater sophistication of their entertainment and found it in the Germanic moderne forms of simple shapes enlivened by concealed lighting, shiny steelwork and touches of bright colour; this was not taken up by cinema designers until 1935."  That observation thrilled and intrigued me, it must be said.

But enough of lofty architectural history mumbo-jumbo and onto the pretty pictures!  Unfortunately I didn't have a camera on me so I didn't get any of my own - an especial shame because my little white dress I had on would have looked very comfortable in the surrounds...  BUT I found some historic pictures on the internet (on this site here) so I can share those with you:


I was particularly enchanted by the wall-mounted ashtrays which have been retained in the corridors, running my fingers over the cut-out lettering which read "ASHES PLEASE" in the same beautiful font as seen above.  Perhaps I attracted funny looks but what's new there?  They were exquisite, and I'm sorry I don't have a photo of that particular detail.  What was it about the ashtrays in particular that appealed to me?  After all, the font was elsewhere.  I think it was the way the letters had been cut out of the metal rather than just lazily painted on.  And also the romance of imagining 1930s theatre-goers smoking in the corridors during intervals, rather than being shunted out onto the street.  I know, I know, there are many reasons it's best not to have people smoking indoors (preservation of the building fabric being one of them!) but it is still a romantic notion to me.

Oh, and yes, the show!  There I was getting all distracted writing about the architecture, I almost forgot the reason I was there!  I thoroughly enjoyed it - the songs and choreography were great.  And it's always fun when you see a famous show for the first time and finally realise where a song is from - in this case, All That Jazz:


So it was an entertaining and amusing romp back to prohibition America with saucy ladies and charismatic men, including a troupe of lovely dancers.  I definitely approved of Roxie's way of thinking when, talking about her dream act, she said "I'm going to get me a boy to work with...  I'm going to get me a whole bunch of boys to work with!"  Well, wouldn't you?

I still think I prefer Cabaret though - just drawing comparisons because they are set in the same period, both have showgirl characters and were first performed within one decade of one another so are from the same era of theatre.  I liked the fact that Cabaret was a bit meatier in terms of plot and themes, and drew on its setting and era as part of this.  But to be fair, Chicago unashamedly has a different agenda, which it certainly achieved - that it, to "give 'em the old razzle dazzle", as they sing.

I would recommend hopping along to see it but, completely unexpectedly and unintentionally, we ended up going to the last night!  I'm not sure whether it's going to be moving to another theatre or if that's the end of the London run.  Either way, I'm glad The Cat and I managed to catch it at the Cambridge just in time!
Posted by Miss Marie at 23:38