The Greatest Hotel in London

One of my favourite items in the small museum in the Savoy is the letter addressed to "The Greatest Hotel in London", on which the person at the mail sorting office has written "Try Savoy Hotel, WC2". And I think I would have suggested the same, as this really is a wonderful place. 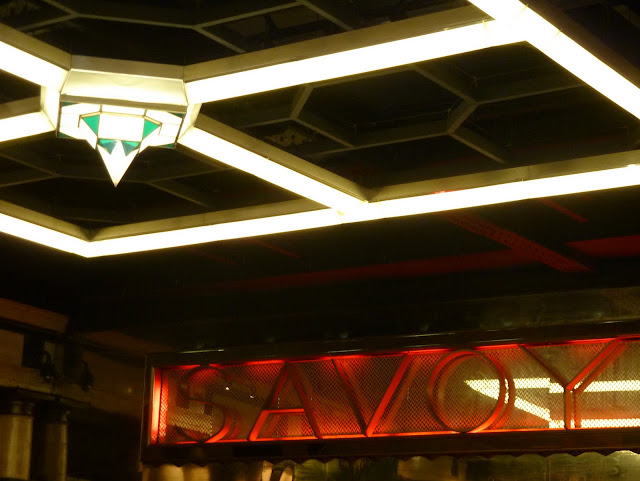 Now, I know this is my THIRD post about the same evening but really, the other two posts weren't so much about the hotel and the loveliness on offer there.  I really wanted to dedicate a post to the place itself.

Unfortunately, I didn't take many photos of the hotel itself to share with you.  That's largely because it's one of those places that has an air about it that makes you want to just swan about, rather than desperately click away with a camera...  But not to fear, I borrowed some from their website instead, just to give you an idea of the place.

The hotel was built in 1886-1889 for Richard D'Oyly Carte, while the forecourt was remodelled in the 1930s, hence the Art Deco elements.  The building is listed Grade II and, in the words of English Heritage's description, "D'Oyly Carte conceived his innovatory hotel on the latest American model, and exceptionally for its date, 70 bathrooms were provided as well as hydraulic lifts and electric light throughout.  It was, however, the brilliant management of Ceser Ritz combined with the talents of the great Escoffier that ensured the Savoy's success in the highest echelons of society, attracting to a hotel for the first time the nobility and the Prince of Wales' circle."
One of the particularly American features of the hotel was the bar, which served drinks in the American style, i.e. mixed cocktails.  Apparently it was one of the first of its kind in London and is the longest-surviving.  Harry Craddock is probably the most well-known of its head barmen, having compiled The Savoy Cocktail Book in 1930 but another one to note is Ada Coleman, who worked there between 1903 and 1924.  Yes, you read correctly, Ada - she was a woman, which I think is just swell!
Along with the American Bar, there's now the Beaufort Bar which specialises in champagne and is located where the cabaret stage used to be, and the Thames Foyer which is light and airy and where you would go to indulge in afternoon tea.  And that's before you even more onto the restaurants...

On my recent visit, we went for the American Bar.  It was fabulous, particularly with the pianist playing all the classics and the charismatic waiters serving us.  Though I would highly recommend a visit if you're able to get there, I also thought I'd tell you about some of the cocktails and give you the recipes in case you fancied trying them for yourself at home.  Yes kids, DO try this at home! 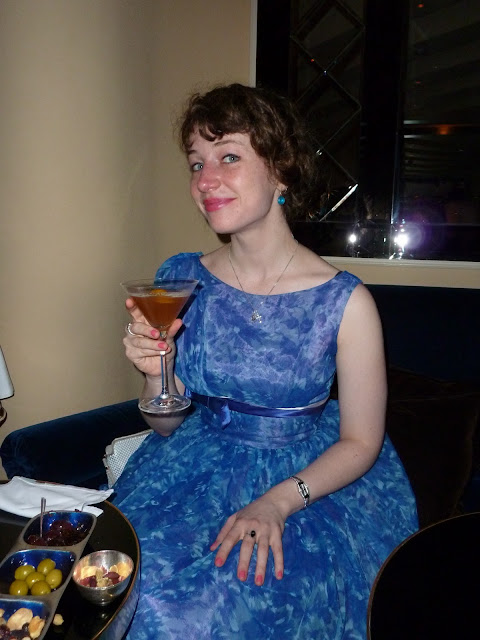 The menu describes this as a complex, slightly herbal drink in the traditional martini style.  You will need:

Shake ingredients with ice and strain into a chilled cocktail glass.  You can also add 1/2 teaspoon of sugar if you don't like your drinks too bitter.

Next, the White Lady:


This one apparently needs no description as the menu doesn't actually tell you what it involves!  All I knew was that it was the one famously associated with The Savoy, and that was enough to get me to order one up.  Fortunately, I was pleasantly surprised.  Surprised because I expected something creamy, pleasantly because I actually prefer non-creamy cocktails... and this one was damn tasty too.  If you want to try it for yourself, you will need:

Again, just shake those ingredients with ice and strain into a chilled cocktail glass.

If you still fancy more after those, you should get yourself the aforementioned Savoy Cocktail Book, which is still in print and available to buy.  As the introduction to the original edition described it:

Being in the main a complete compendium of the Cocktails, Rickeys, Daisies, Slings, Shrubs, Smashes, Fizzes, Juleps, Cobblers, Fixers and other Drinks, known and vastly appreciated in this year of grace 1930, with sundry notes of amusements and interest concerning them, together with Observations upon Wines and their special occasions.  Being in the particular an elucidation of the Manners and Customs of people of quality in a period of some equality.

Now, if that doesn't sell it to you, I don't know what will. 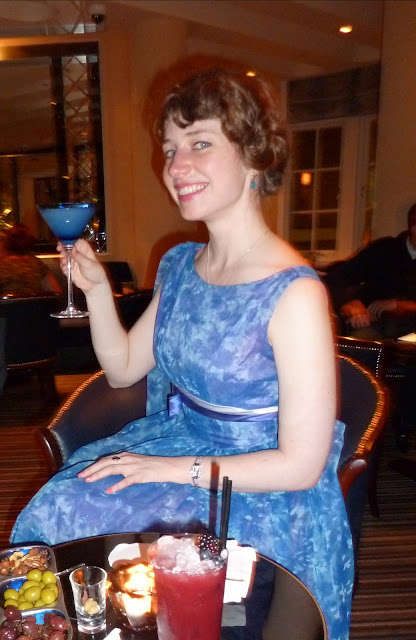