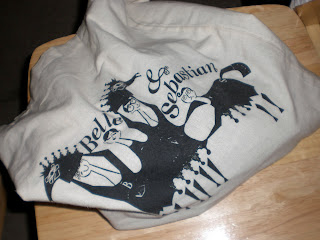 This evening, when out shopping for a friend's birthday present, I was served by a friendly boy wearing pastel blue nail varnish.

He commented on my Belle & Sebastian tote and we went on to exchange stories of how we both fell in love with them.

He told me about seeing them at T in the Park years and years ago.  It was raining heavily as they played, until the clouds parted and the sun shone through.  It was a magical moment, he said. 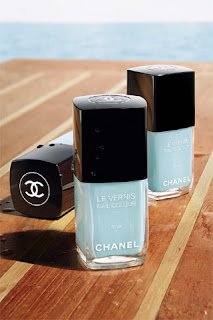 Crazily enough, I had almost exactly the same experience on an entirely different occasion.  The first time I ever heard them was at Glastonbury years ago.  During that set, there was a downpour which then cleared, followed by a rainbow appearing over the crowd.  The memory's always stuck with me.

The boy in the shop and I both agreed that there's just something strangely irresistible about that band which makes it so that you can't help but love them.
Posted by Miss Marie at 22:34

Email ThisBlogThis!Share to TwitterShare to FacebookShare to Pinterest
Labels: random reasons to love