Last week I trotted along to have a look at the annual Clerkenwell Design Week.  Amazingly, this is the first time I've ever been along, despite having worked in Clerkenwell for almost four years.  So, before I could even get around to focusing on the designers who were displaying their creations, I first had to just take in the wonderful buildings that were hosting the exhibitions... 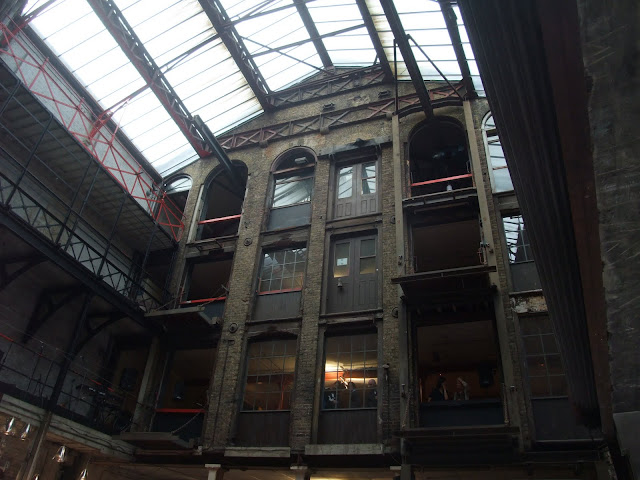 In fact, I've realised that there's just too much to write about in one post, so this is going to have to be split up over three - one for both the buildings I visited plus one for the designs which caught my eye.
First up in the series, the Farmiloe Building on St John Street, as shown in all its glory in the picture above.  This is a fabulous, run-down, vacant Victorian warehouse built in 1868.  It housed a glass and lead suppliers, George Farmiloe & Sons, until just over ten years ago, when they moved their operations down to South London.
Because it was functioning as both a warehouse and offices until so recently, the building is quite a fascinating hodge-podge of features from different periods.  You can still see essential warehouse elements retained from its early years, such as pulleys for lifting goods up through wide openings onto the numerous, lofty floors.  But then there are various modern interventions such as repairs and strengthening works carried out in concrete.  Whereas concrete on an historic building is usually an abomination, there is something wonderful about the way it shows the building's development over almost a century and a half of solid use in its original function. 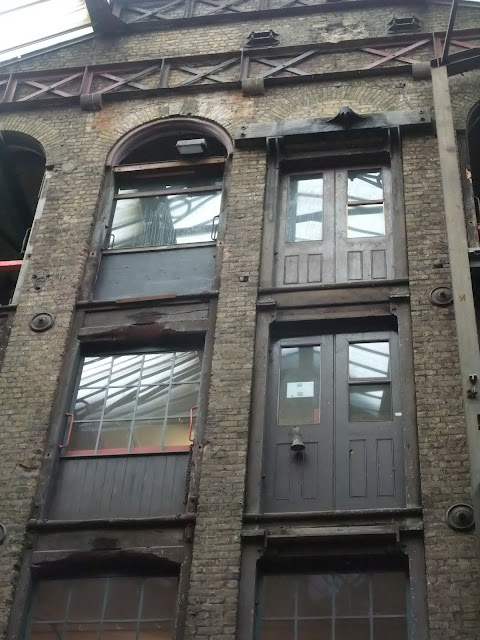 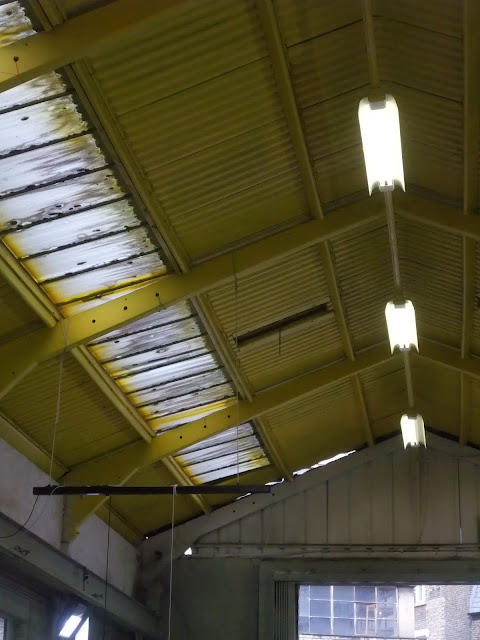 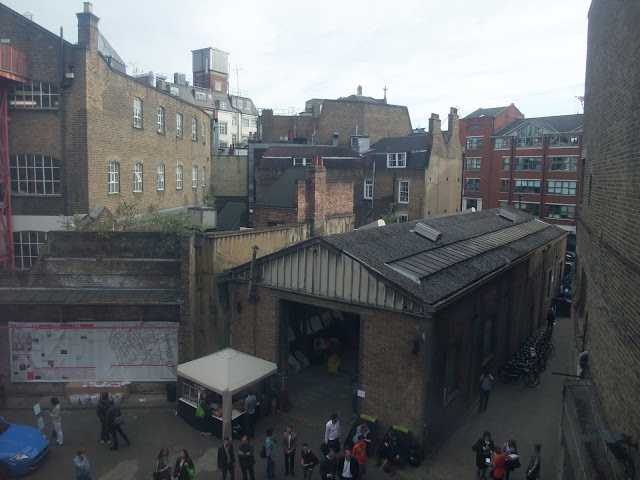 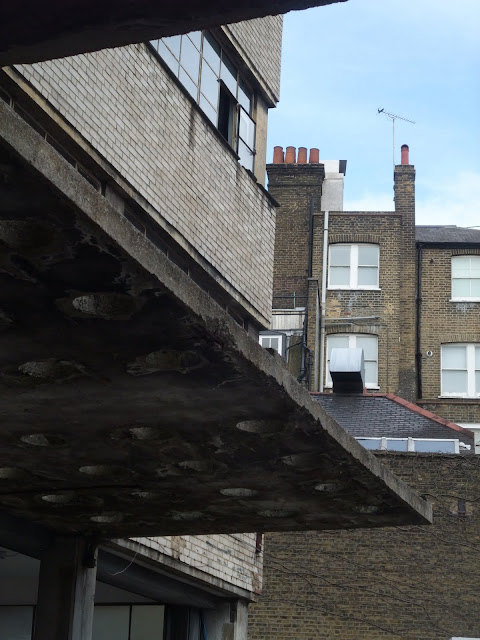 And then the ground-floor display rooms and first-floor offices are still absolutely legible.  Climbing up the fabulous staircase, my companions and I found all the fixtures of the old offices, including internal doorbells and quaint little letterboxes (the latter of which unfortunately didn't translate well into photographs). 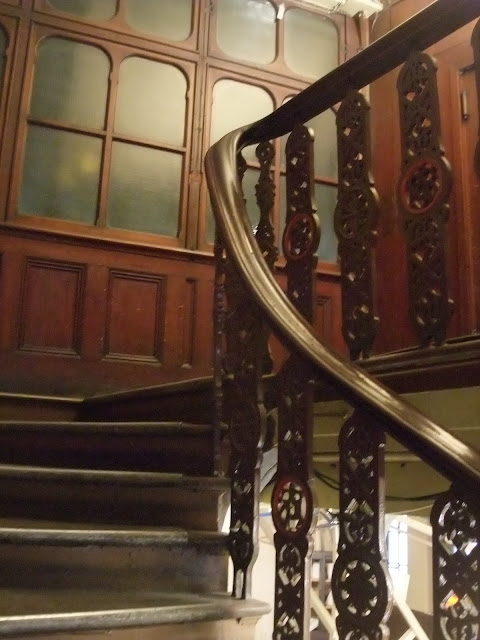 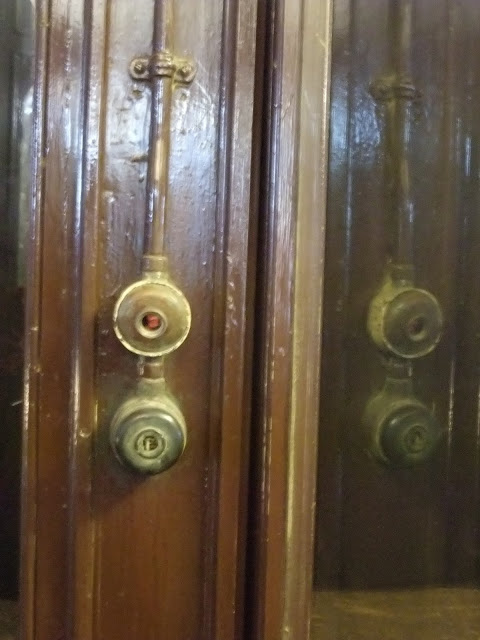 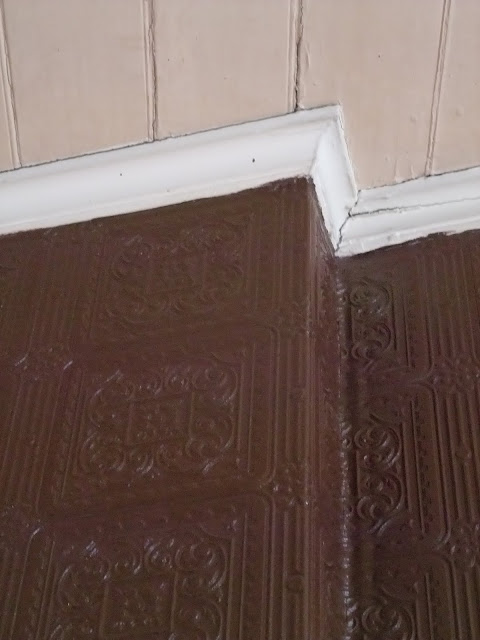 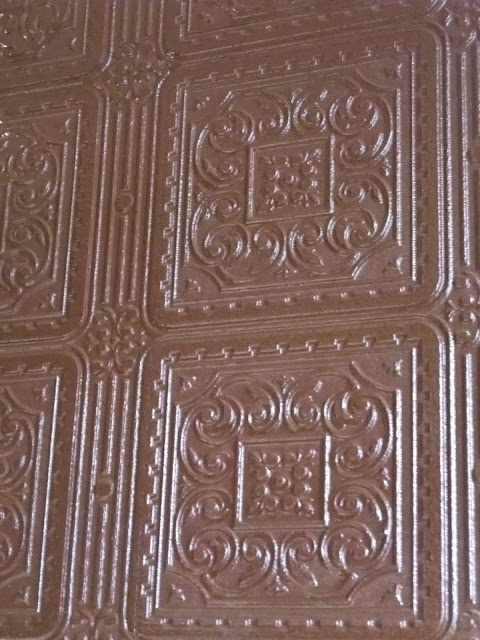 And then, finally, there's the view over Clerkenwell/Farringdon's rooftops from the higher floors of the warehouse. 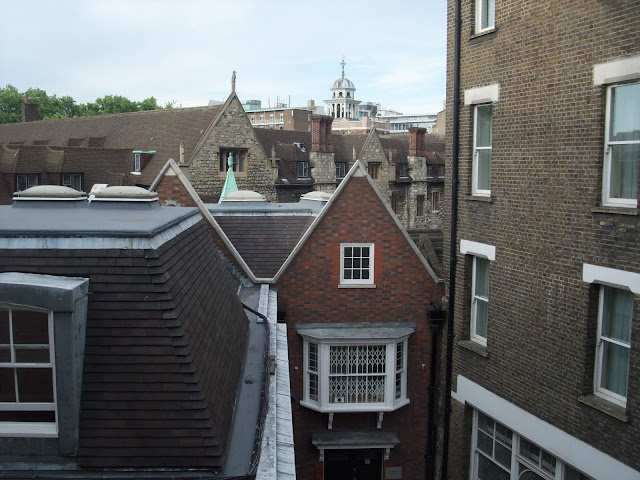 It's just a shame it isn't open all year round for exploration and for games of Victorian make-believe!
Posted by Miss Marie at 21:42